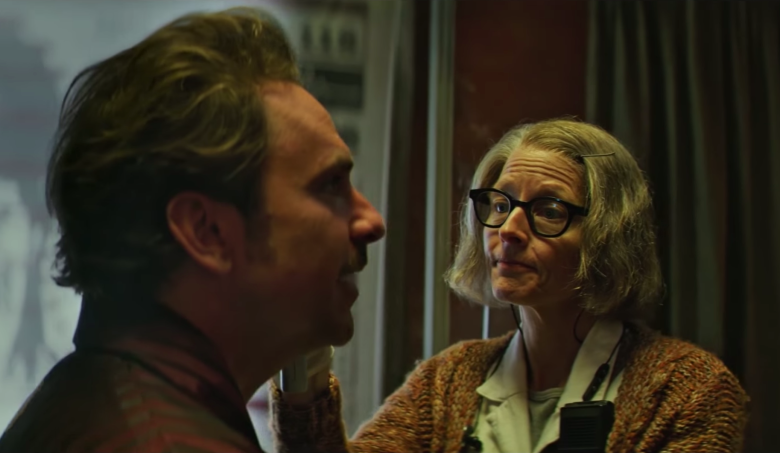 I’m not sure how I missed it. Was it the Infinity Wars hype? Probably. Was it poor marketing? Also probably. We are dealing with a fairly new production company whose big film so far has been Snow Dogs and an unknown director making his directorial debut. With all of this stacked against it, it’s easy to see why I missed the trailer for the upcoming action film Hotel Artemis.

Way back in April a trailer dropped for this movie to essentially no buzz, but it has all the makings of a classic. The film has an all-star cast including Jodie Foster, Sterling K. Brown, Brian Tyree Henry, Zachary Quinto, Charlie Day, Dave Bautista, and Jeff Goldbloom playing the villain! A lot of people are comparing it to John Wick and it’s pretty obvious why. A bunch of criminals are locked in a hotel which is actually a secret hideout for a criminal organization. The hotel has rules everyone must follow (including no murder) and of course all of the rules are broken and chaos ensues. The twist this time around is the hotel is actually a hospital and the residents are there trying to get healed up after a bust goes bad.
You don’t need me to give you a play by play of every scene of the trailer so instead let me give you some first impressions. Jodie Foster is looking like a total badass without actually fighting anyone. I personally can’t wait to see her face off against Jeff Goldbloom who makes the perfect mob boss (his shades, lordy those shades). Funniest moment in the trailer goes to Dave Bautista (go figure) so here’s hoping he’s more than just a meathead that the rest of the trailer makes him out to be. Zachary Quinto is left almost entirely out of the trailer, minus the single shot of him with his neck tattoo and Hitler-Stache so it’s unclear how big of a role he will have. It’s nice seeing Charlie Day being able to be something other than aloof. Time will tell if he can really ratchet up the sleaze for this role but the mustache certainly helps.

While there are those who will say this film looks incredibly derivative, I’m going to go out on a limb and say that it looks different enough, with enough interesting ideas, that I’m not going to outright dismiss it. Now I’m not saying this is the next big franchise, but it does look like a great summer time popcorn-flick.
Check out Hotel Artemis June 8th