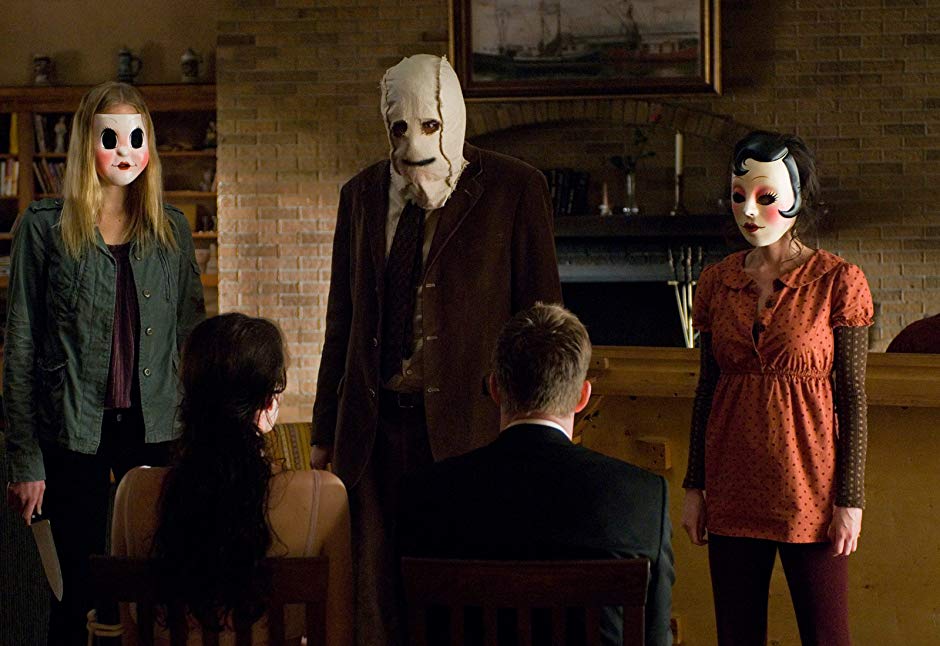 Let’s start by laying down a timeline of the horror genre before the release of The Strangers. The year is 2008, in the previous two years “Saw IV,” “Final Destination 3″ and “Hostel 2″ all have made money hand over fist at the box office.  Audiences seem to be reacting well with their wallets to the blood, gore, and carnage of these entertaining torture flicks. The blood-soaked producers seem to be betting on audiences to be yearning for more of the same. “Saw V” is set to come out in October, making it the 4th straight year that a “Saw” movie was produced.

At the peak of this style of horror, “The Strangers” takes the stage in the summer months with the help of Rogue Pictures Production Company. “The Strangers” has none of this grotesque torture sequences that were popular at the time. In fact, the first half of the movie is about a couple dealing with a rejected marriage proposal. The tension between Kristen McKay (Liv Tyler) and James Hoyt (Scott Speedman) sell this couples tragedy beautifully allowing the audience to feel a connection between the two protagonists. This rejected marriage proposal is something that most adults can empathize with. We see ourselves in these characters. Some could see themselves in James who is facing the rejection of his marriage proposal and sadly drink the “celebration” champagne. Some could see themselves in the awkward position of Kristen, who clearly loves James but can’t see herself committing to marriage. All of this build sets up the thrills and chills which are yet to begin.

This connection that is built in the first half of the movie allows for the psychological torment of the protagonists to hit home. It gives the viewer something more than the typical “meat bag” protagonists from most 80’s slasher film. You want this couple to survive. You want Liv Tyler’s character to marry the rejected James. You can feel the tension between the two throughout the first act and later during the horror.

The movie switches gears when a young girl knocks on the door asking if “Tamara is home.” The Strangers then slowly begin to torment the young couple throughout the night. At times the two characters can only hear The Strangers scrapping on walls or tapping on windows. They are ever-present, always there, but never close enough for anyone to do anything about it.

The movie uses lighting and ambiance perfectly to keep the audience’s eyes to the corners of the scene, looking for the strangers. There is a scene at the beginning of the movie where The Man in the Mask stands in the hallway and the oblivious Tyler walks calmly drinking from her wine glass. From then on, your eyes are glued to the corners of each scene hoping beyond hope that you can catch a glimpse of the strangers before they catch their victims. 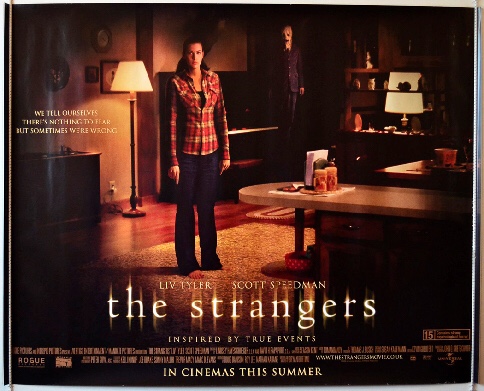 “The Strangers” is one of my favorite horror movies of all time. The use of suspense and tension keeps you on the edge of your seat. I respect that during a time when human mutilation was the main focus in the horror landscape that this movie decided to take a different direction and challenged the status quo of the time.

AS ALWAYS, BE SAFE AND REMEMBER TO KEEP IT SPOOKY!