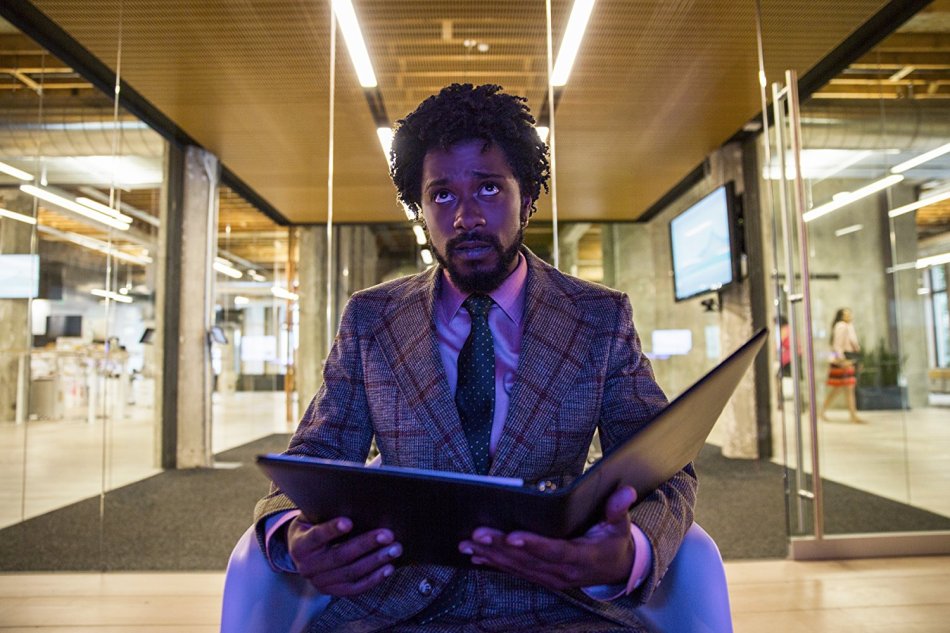 With the summer in full swing, it’s likely you’ve taken to your local theaters to watch the latest summer blockbusters. However, there’s something to be said about checking out the indie hits.  “Sorry to Bother You,” the directorial debut of Boots Riley is one of those films. The trailer was funny and friends of mine seemed interested. After all, it’s about a guy making calls for a telemarketing firm. How crazy could it be?

The answer, of course, is batshit insane. “Sorry to Bother You” is undeniably one of the weirdest movies you will ever watch. Not just this year. Ever. Yet it is extremely unlikely you will see a film with vision, creativity, and style in the way you see it here. While “Sorry to Bother You” may have too many balls in the air at times, the end result is well worth your time, and very much an original and creative concept. 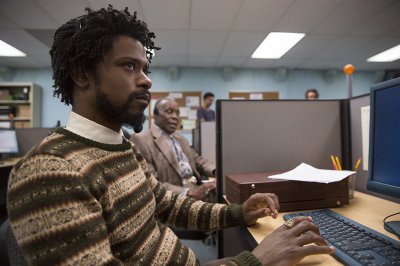 “Sorry to Bother You” follows Cassius Green (Lakeith Stanfield) as he attempts to move up in his job at RegalView and impress his girlfriend Detroit (Tessa Thompson). The telemarketing firm offers their best sellers “Power Caller” status, allowing those employees to earn significantly more than the team at the bottom. He has friends at work, including Salvador (Jermaine Fowler) and union organizer Squeeze (Steve Yeun). Cassius is struggling until his co-worker Langston (Danny Glover) tells him to speak in his “white voice” to get better sales. It instantly works, and Cassius is soon promoted to Power Caller by Mr. __________ (Omari Hardwick). Mr. ___________ lets Cassius in on a secret: the Power Callers sell labor from WorryFree, a company accused of slave labor, to companies around the world. He is eventually forced to choose between his friends and continuing to be successful for RegalView/WorryFree.

Once again, Stanfield is amazing. He consistently shines as an actor in comedic roles, and his laissez-faire attitude at times is easy to identify. In the world today, there are so many issues that bombard us on a daily basis. It’s easier to turn away and ignore those issues so you can make your life better. Stanfield plays Cassius earnestly and with sympathy, making it easy to appreciate his struggle and empathize with the character.

Thompson and Armie Hammer stand out in the deep cast. Thompson is once again fabulous and expertly knows how to utilize facial expressions or even just an eyebrow to make her point. She adds significantly to what’s written on the page and elevates the work in every scene. Her general attitude and charisma continue to showcase her as a star, and Thompson turns out another excellent performance to continue her climb.

Hammer is a nutcase, and I love it went he takes these kinds of roles. He’s an absolute madman and thrives with the scene stealer role. Take one part Alfred Molina from “Boogie Nights” and mix in a dash of Justin Timberlake from “The Social Network” and you get Hammer’s performance. Hammer is great when he takes chances, and his commitment to the character is what makes it shine. The extra meal he has on the scenary feels perfectly at home here.

Riley is the real breakout of the movie. He’s a writer with a clear vision, and the screenplay is dripping with ideas. The scenarios he sets up are excellent and easy to picture. He writes the characters into places that logically make sense, even as the logic of this alternate reality is wacky as hell. He also builds genuine moments for his characters to showcase emotion, frustration, and anger. He loves his characters, even when they’re evil.

The problem is the direction is not always there. Riley’s biggest issue in the movie is not whittling down some of the ideas. At times Riley tosses a lot of ideas at the wall and some stick. Others don’t get explored enough. There’s a running plot about football players getting used up until they work minimum wage jobs (presumably for entertainment). There’s another about a TV show, “I Got the Shit Kicked Out of Me,” becoming the most popular show on television. These ideas are interesting, but again, feel flat against the larger points the movie tries to make. Maybe Riley should have saved these ideas for his next feature to flesh them out more.

The gimmick of the white voices is funny throughout. However, I had trouble with the voices actually syncing up to the actor’s lips. David Cross, Patton Oswalt, and Lily James all lend their voices to the project. James is the only one that gets to showcase more than a humorous tone, and because of that, her voice stands out the most. It’s also used the least, allowing it to function as a punch. Oswalt is an excellent voice actor, but Cross felt the most off. Perhaps it was simply because we get the most use of Cross that this became an issue, but again, the synching and sound design could have been tightened up here.

It’s not all bad though. He handles the actors very well and gets solid performances. The way in which he lets the production designers run wild in the background is excellent. He gives cinematographer Doug Emmett the ability to creatively shoot scenes from a variety of perspectives, including phone footage and TV shows within the world. The lighting that Emmett uses throughout the movie is great, and his shots visually communicate mood and tone to perfection. Emmett should get a big boost out of this, and Riley did an excellent job working with him.

Overall, “Sorry to Bother You” is one of the most creative movies I’ve seen this year. This feature should have a really high rewatch value in the years to come. Riley is a filmmaker and a writer to watch, and while this is his debut feature, he’ll have plenty of time to grow as a filmmaker. Expect great things from Riley, and enjoy this high concept, high reward movie in the meantime.

What do you think of “Sorry to Bother You?” Let us know in the comments below!

1 comment on “Summer Catch Up Review: “Sorry to Bother You” is a Must-See Indie”