In my recent retrospective on “Indiana Jones and the Kingdom of the Crystal Skull,” I began with a short blurb on my take on reboots, remakes, prequels, and sequels.

“Reboots and remakes, even sequels, are often lauded by nearly everyone as unnecessary. Calls of “we’ve seen this already” or “it was better when” often prelude paragraphs that go on to compare apples and oranges; decades-old cinema with modern storytelling. The thing is, for beloved franchises, reinventing or revisiting characters from the past actually does not “ruin childhoods” as some would claim – the originals and how they made you feel are completely independent of something that comes after. In fact, the opposite is sometimes true. As a tyke, I had the misfortune of never seeing a Star Wars film until I sat in theaters a couple days after my 8th birthday and pondered to my brother if the pretty blue sphere of Naboo was actually Earth. “The Phantom Menace” thrilled me. It captured my imagination and ignited my first multimedia passion. It was now on me to educate myself on everything that had come before. That much-maligned prequel made my childhood, shaped it into one full of Star Wars books, Lego sets, and orchestral scores. I owe my passion for film and moviemaking to a reboot.”

See? I wrote that! Okay, so maybe it wasn’t that short but it did warrant further examination. “Mission: Impossible – Fallout” is set to release this week, releases and “Mamma Mia! Here We Go Again!” is currently dominating the box office after a decade absence. “Incredibles 2“ did as well earlier this summer after 14 years away. One has to wonder why returns to beloved franchises continue to get so much hate.

First, some vocabulary. A Sequel is a continuation of an established story – “Incredibles 2.”  A Prequel is a story that takes place prior to an established story, released after the original. An example is the upcoming “Bumblebee” film set to release in December. A Remake typically does away with previous continuity and features an entirely different cast telling the same story in a new way. “A Star Is Born” is set to take over the box office when it releases, and make a strong push on the festival circuit.  A Reboot honors the previous storyline by either being a direct continuation or slight deviation from the original and can feature a brand new cast or returning cast from the original. We saw one of those this summer with “Ocean’s 8.” These, of course, are not mutually exclusive; sequels or prequels can be reboots, and a remake could be a reboot of another medium. 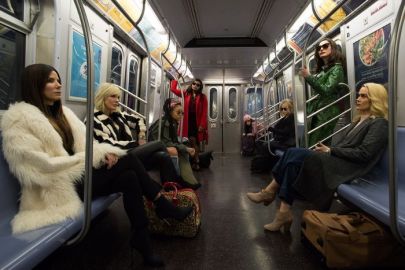 In the public consciousness, a sequel is often more embraced than a prequel. Reboots are often more anticipated than remakes, but often times any of these are accused of lack of originality or being unnecessary prior to release. Even after release, they are held to a higher standard simply because they have something to be compared to. This isn’t entirely fair. Every Marvel or Pixar movie is compared to any other film that that studio has put out, when in reality, there isn’t that much in common. That would be akin to comparing “Jurassic World: Fallen Kingdom” to “Pitch Perfect 3.” After all, they are both Universal pictures. While certain elements of remakes, reboots, sequels, or prequels may be similar, often times they are still separate films – different teams, different stories, different production values, different times.

But why the hate? Comparisons aside, most buzz skews negative for these types of movies. And yet franchises carry the box office. Six of the top ten all-time domestic grossers were at least direct sequels, eight fall into the franchise category. From a financial standpoint, they are almost guaranteed moneymakers so perhaps the argument is more targeted toward originality. Okay, sure, but that’s a cop-out as well. There is always going to be something different, something new, something fresh. Perhaps the overall product is similar but to lump all those elements together is a disservice to everyone involved, including filmmakers and the audience sitting down to watch it.

Then there’s the whole matter of my original observation from my previous article. Childhoods are not being ruined. Get a life. Move on.

Now, I want to be clear. Not every sequel, prequel, remake, or reboot is equal to or greater than its predecessor but here’s the thing. The same is true of the original pictures. Not every original picture is great. Additionally, they aren’t always that original either. Biopics, documentaries, adaptations, based on true stories, and the like are often Oscar fodder. That means they are clinically good films. But not original. By their very definition, they are based on something else, either someone else’s life, work, or events. So the lack of originality argument thrown at the topic of this article is null. Originality alone cannot be the basis for a critique.

Basically, it comes down to this. It’s easy to write off something that you think is going to be similar to what you expect from it. It’s much easier to form expectations, comparisons, and criticisms but the truth is that movies are subjective. But the meaning behind them is not. Movies, like any art form, are meant to convey something; a passion, an idea, a sense of joy, of despair, of hope, humor, or sadness. What that means to the audience is indescribable, unpredictable, and very personal. If a reboot or remake manages to capture the attention of someone unfamiliar with the base material and inspire them in some way then they are not unnecessary. They are necessary for that individual and the impact that can have is truly the magic of movies.