As a kid I was spoiled. I’ll admit it. During family vacations, before having an overhead TV and DVD player in your family car was mainstream, my dad had jerry-rigged a portable TV and VCR that allowed me to while away the long hours on car rides. During these trips, I had my go-to movies. Space was limited and the bulky VHS – large cassettes with wound up tape that played recorded images and sound – packaging forced me to have a limited range of options. With the need to be overly selective, I limited myself to a seven movie rotation. These films were my favorites and to this day I remember them fondly. That is not to say that they are fantastic, award-winning masterpieces, but rather films that somehow managed to capture the imagination of a young boy.

This month at We Bought a Blog we are celebrating these films of our youth, the movies we grew up with and left an impact on us. Join us as we take a step back in time to a period of juice boxes, clamshell packaging, and boxes of Buncha Crunch and Slim Jims.

The first film I want to spotlight remains one of my absolute favorites: “Gone Fishin’” (1997).

The film centers around two clueless, bumbling fisherman in a comedy of errors fishing trip turned jewel heist. Joe Pesci and Danny Glover star as the two childhood friends who travel to Florida, lose their car, lose their boat, have a run-in with a murdering baddie with a place on the FBI’s most wanted, blow up a hotel, destroy a boat show, fight Mad Maggie the gator, and get saved by Willie Nelson. The film was written by J.J. Abrams before he became a household name and was directed by Christopher Cain of Young Guns fame.

After having their car stolen, Joe and Gus hitch their boat to the back of a stranger’s pickup as they hitch a ride in their truck bed. After a bump threatens to dislodge all their beer from the boat, they attempt to crawl into the boat to retrieve it. Naturally, the boat unhinges and the two fellows ride the runaway boat down the street until the come to a stop on a railroad track as the train approaches. After much heaving, they manage to get the boat off the track but not before the anchor shakes lose and hitches to the back of the train, tugging the boat bumpily along the track behind it as the two men stare on in incredulous horror. For years, anytime I would be stopped at a railroad crossing I would comment to anyone who would listen to watch for the boat being tugged along.

Joe and Gus were lifelong friends and, as friends do, came up with their own colloquialisms and sayings. In anticipation for any upcoming events, they would claim that it would be “a 10. No, 10+. Borderline 11!” This turn of phrase is repeated multiple times throughout the film and the accented and jubilant way the actors perform the line made it a favorite of my dad and I. To this day, “borderline 11!” is how I express my excitement over awaited plans.

Sitting at a whopping 4% on Rotten Tomatoes, Gone Fishin’ did not endear itself to the critics. Formulaic, third-rate, hackneyed, mirthless, graceless, unfunny, and misguided are some of the kinder descriptors of the film. Critics saw this as a fall from grace for Pesci and Glover, who they describe as either the victims of bad agents or the culprits of a quick cash grab. Even poor Florida is the target of the critics’ ire, deeming the abundant beauty of the scenic Everglades unapologetically not scenic. 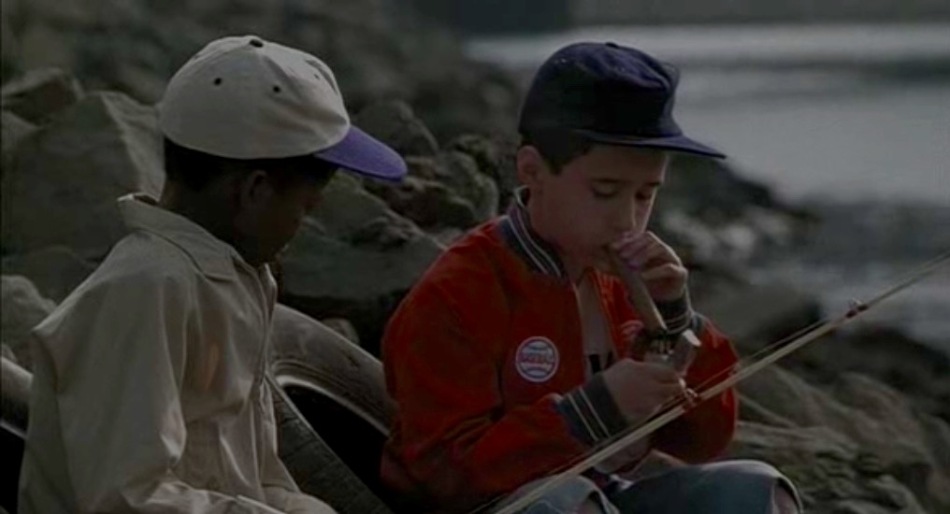 The filmmakers, the reviews claim, chose the blandest locations in the Sunshine State. I guess nobody told them that a vast majority of Florida is much unlike the fanciful and tropical paradise resorts typically advertised. That’s part of the joke. These guys win a “dream” vacation but instead, they are set up in the seedier side of hurricane-ravaged trailer parks, of which there is an actual abundance. 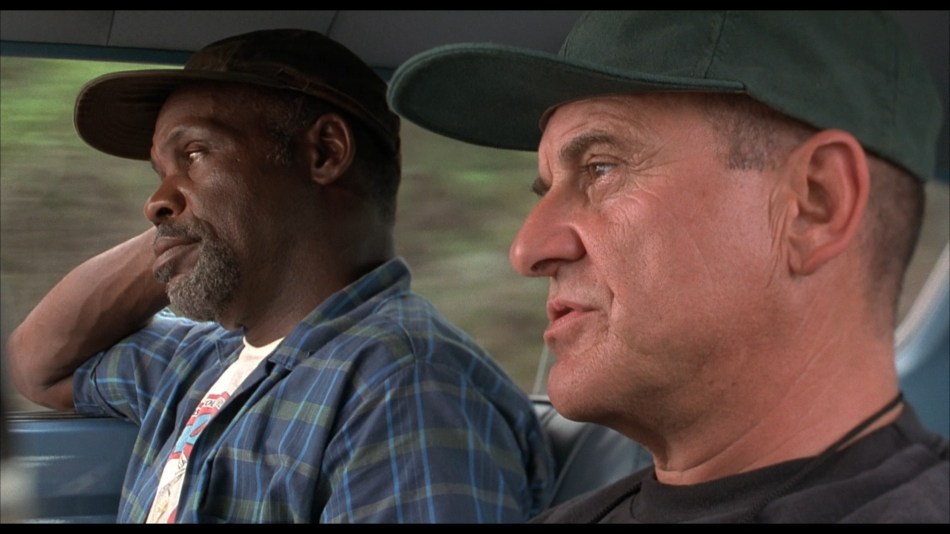 I have rewatched this film many times over the year. Removed from my childhood mind, I still find the movie just as enjoyable. It is pure escapist humor, a dose of schadenfreude that never fails to make me happy. Granted, a bit of that comes from the nostalgia and the memories that my dad and I shared watching the movie over the years. But ultimately a movie that sticks with you, despite negative reviews and poor reception, suggests that there is something about that movie that resonates with you. That, friends, is the joy of movies.

Check out our other films in the WE MISS VHS series here!