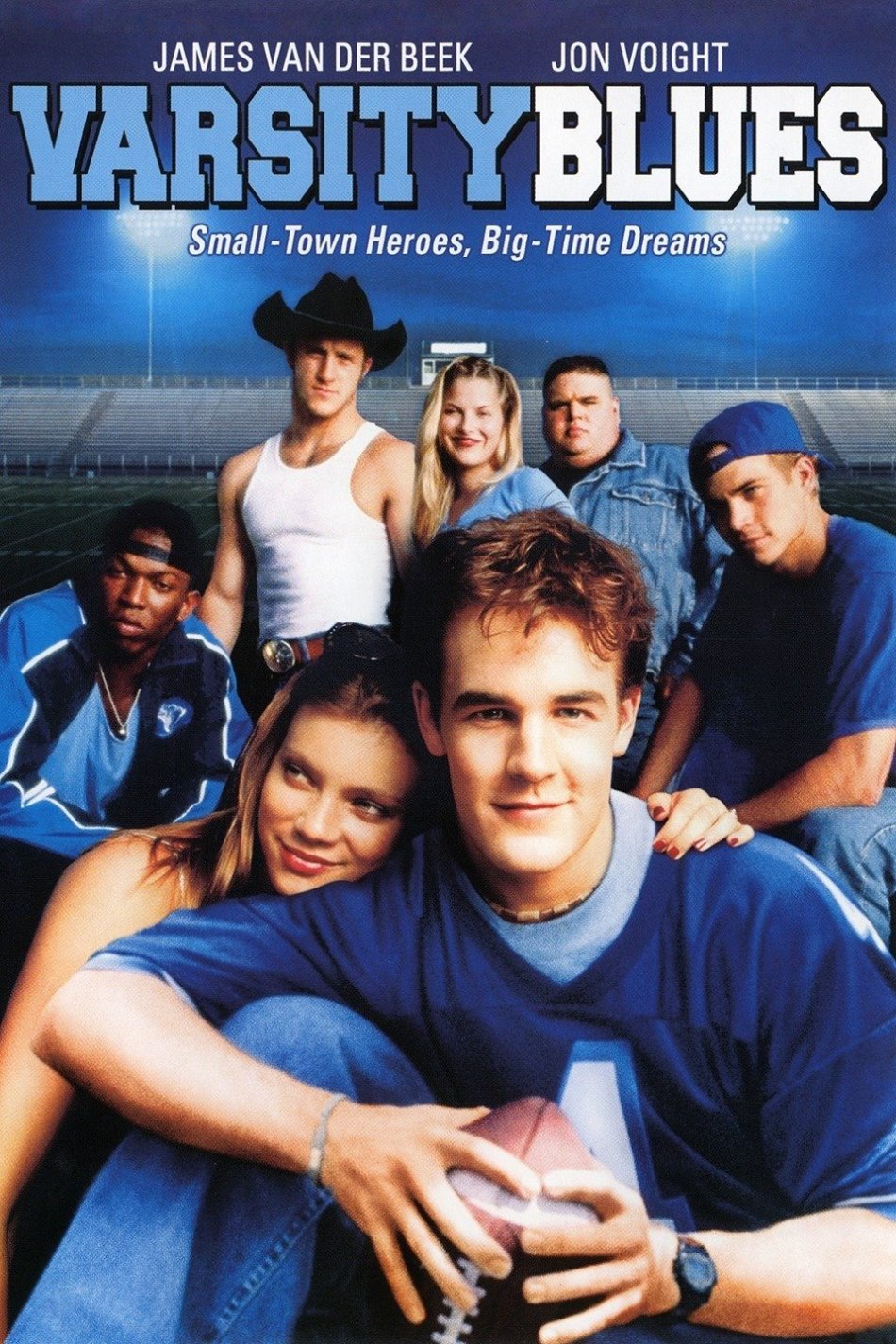 One of the films that feels like it should a larger role in pop culture today is “Varsity Blues.” The film is definitely a big one for very portions of the population that loves football, as well as a cross-section of women who just loved Dawson. However, James Van Der Beek aside, it has almost no crossover. Even on IMDb, it is ranked as the 54th most popular film of 1999, falling behind superhits like “Entrapment” and “Jawbreaker.” I’m sorry if my sarcasm didn’t transfer through digital text, but this movie is a ridiculous and fun romp that deserves to be much higher than this. It’s only even been rated 38,000 times, a minuscule number on IMDb (“The Cider House Rules” has more than double that number).   So why hasn’t it stayed in the public consciousness? Let’s break it down. 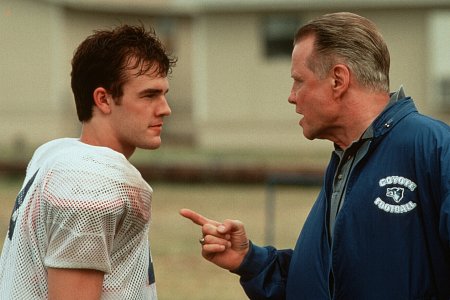 “Varsity Blues” follows backup Quarterback Mox (James Van Der Beek)  after star QB Lance Harbor (Paul Walker) is injured. He fights with the coach (Jon Voight) and hangs out with his friends Billy Bob (Ron Lester) and Tweeter (Scott Caan) at parties. We then get a combination of “Friday Night Lights” (5 years before that movie comes out),  “American Pie” and “Breakfast Club.” Perhaps the most famous scene is the “Whip Cream Bikini” because it was an MTV movie in the 1990s. IT WAS AN MTV MOVIE!

I’m going to skip over the Whip Cream Bikini scene because I don’t want to be that guy. However, the mutiny is still incredible.

Let’s be real, this is something that absolutely happens in NFL, College, and High School locker rooms. Not the revolt, but the coaches getting the black kid to try to juice up in order to play, only to destroy his future in the process. Instead, the team stands up for each other.  It might be easier because a bunch of these guys are clearly in their mid-20s playing high school ball, but still. Then the true heroes come out, as they invent the Spread without ever practicing it.

THEY JUST MADE UP NO HUDDLE OFFENSES! Chip Kelly must have been in the stands that night. My favorite part is that based on Billy Bob’s response, they’ve never even practiced it before. I’m sure that would go well at any level of football. Hell, it’s tough enough to no huddle in touch, let alone in actual football.

Shockingly, this movie and “Any Given Sunday,” which also released in 1999, key in on two things that have really kicked the shit out of the NFL in recent years.

First, concussions. Billy Bob is basically brain damaged by the end of this film, and almost certainly has CTE. Somehow the NFL didn’t really figure this stuff out earlier. I wonder if they were ignoring it? Same goes for painkillers, as players continue to say they should be allowed to use marijuana to help manage the pain. I’ll let Ruffalo take this for me.

It did not go so great. With today’s numbers, it got a 50 on Metacritic, and a 40% on Rotten Tomatoes. Even with fans, it only has a 6.6 on IMDb. Critic Roger Ebert was not overly harsh on the movie, but also not a huge fan either. He gave it 2/4 stars, and said the following.

“When one steals a squad car and drives around town with his buddies and their girlfriends, all naked, that merely inspires some “boys will be boys” talk at the local diner. Some plot elements are hard to believe. (Could a high school teacher get away with dancing at a nearby topless club?) But others, including the way players are injected with pain-killers before a big game, feel truthful.” – Roger Ebert

The worst thing to ever happen to this movie was “Friday Night Lights,” which might be one of the best sports films ever made. It also covers football in Texas but does so in a grounded realistic style that anyone who has ever played the game can relate to. It also has killer performances, from Billy Bob Thorton, Garrett Hedlund, and Derek Luke. Then the already great movie got turned into an Emmy winning TV series. That show starred Michael B. Jordan, Jesse Plemons, Kyle Chandler, and Taylor Kitsch at various times. It was like watching a cybernetically enhanced clone kill it’s original.

Despite this, “Varsity Blues” remains a fun watch. There are some that have pointed out the campy nature of the movie is something to admire. Often in sports films, we get tied down in stories that take themselves way too seriously. This movie actually gets a good bit of juice from the MTV status. It’s a perfect movie to encapsulate the era, and for anyone who grew up during the 1990s, this picture rings true. This is not a great movie, nor one that really tries to be. Yet you’ll find yourself cheering for Mox and friends. Besides, there’s nothing funnier than listening to Dawson try to speak with a Texas accent while reading Vonnegut on the sidelines. Oh yeah. That shit happens.

What do you think of “Varsity Blues?” Does this one hold up? Let us know your thoughts in the comments below.

Check out our other “We Miss VHS” films here!