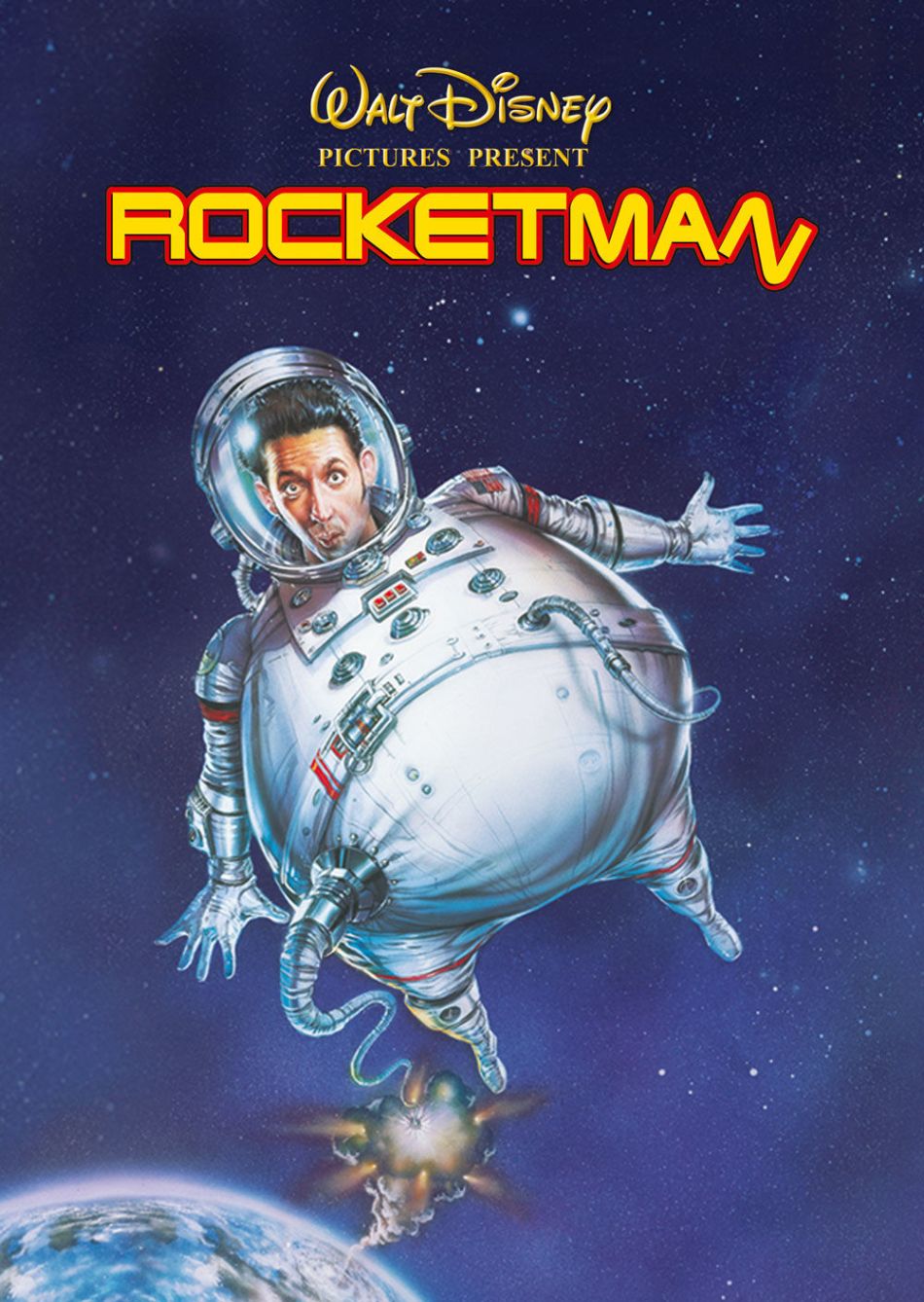 Space was always a fascinating topic for me. Not interesting enough for me to ever aspire to astronautdom but interesting enough that I ate up any space-based media I could. One of the first that I fell in love with was RocketMan starring Harland Williams. It was a Disney movie (check), featured fart jokes (check), and was a space flick (check). What wasn’t to love? 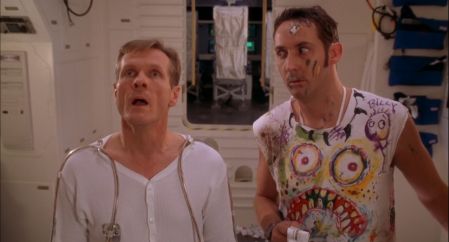 Williams plays Fred Z. Randall, a spacecraft designer and geek who, due to an escalating series of clumsy accidents, is chosen as part of the crew of the first manned flight to Mars. Ever the oddball, Randall beats all NASA flight-training records, misses his chance to enter hypersleep, endangers the mission by using the crew’s food as paint, leads the world in a rousing rendition of “He’s Got the Whole World In His Hands,” plants his underwear on Mars after losing the American Flag, and fills up his commander’s spacesuit with uncommon levels of flatulence. The cast is filled out by Jessica Lundy, William Sadler, and Beau Bridges and was directed by Stuart Gillard, famous for several DCOMs.

The scene that sticks out the most is when Randall accidentally flushes his lucky coin and, in the process of retrieving it, himself down the space toilet. He then emerges colored blue and wanders right into the live broadcast with the President of the United States. He then precedes to start a chorus of “He’s Got the Whole World In His Hands,” which is then broadcast and translated into languages around the world. It’s an unexpected sequence and once the President really buys into the singalong with a finger point and a “hit it!” the scene just soars. The absurdity and childlike wonder of it is an interesting juxtaposition given the adult nature of spaceflight and video conference calls with Heads of State staged around the beauty of the earth and a children’s song. That and it was side-splitting hilarious (in a completely politically incorrect way) to see African tribal natives tongue-clicking along to the broadcast (think about it). Of course, I didn’t catch the nuances of that bit of comedy upon first viewing. Williams was just making funny sounds. 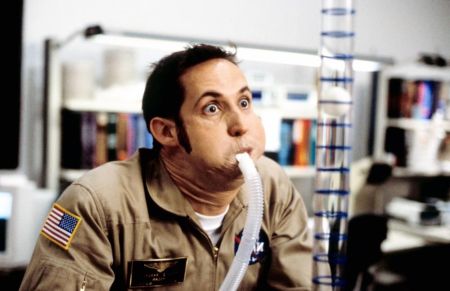 For a klutz like Randall, passing the blame became a signature trait. From the very first instance of his buffoonery, his catchphrase of “It wasn’t me!” was bellowed repeatedly. As a child, this turn of phrase resonated on an almost cosmic level. My personal favorite was during the aforementioned fart-in-a-spacesuit scene when Randall blames it on female crew member Julie (Lundy), who has a valid alibi of being safely back on the landing craft, out of range of any potential flatulent activity. My family, original as can be, adopted this blatant passing of the buck. Poor Julie could really use some Beano for all the gas she is alleged to have had over the years.

Believe it or not given the information above but the film was not a critical success. It holds a 22% on RT but its audience score is much higher. The consensus is that Williams’ cartoonish behavior is overly obnoxious and unlikeable. They claim that the comedy is juvenile and grossly unfunny. Only young boys and stoned older brothers will find this funny says one critic. Yes, the comedy here is low-brow but there are definitely some clever one-liners (“Fun is my Chinese neighbor’s middle name!”) and hilarious bits of slapstick, particularly during the astronaut training program. Williams is obnoxious and over-the-top in his role but as another character states in the film “Only a complete genius or a total fool could ever pull this off. Lucky for us he’s both.” 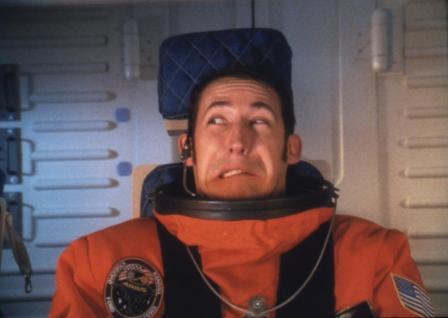 Any cultural relevance that this film could ever have had is lost in hyperspace. Beyond some broadcast showings on the Disney Channel, the movie quickly faded into obscurity. It did get a DVD release in 2007 but other than a limited release Blu-Ray for Disney Movie Club members only, it is widely unavailable to modern audiences. Granted the CGI does not hold up to certain other features released during a similar timeframe and the cast never really hit the big time (unless you count Sadler’s stint as President in the MCU). But for those who have seen it, there are likely at least one or two memorable moments. What stands out to me is how Williams’ comedic sensibilities hold up after twenty years. While it is certainly not the greatest thing to come out of the nineties, it certainly warrants a watch.

Check out our WE MISS VHS Series here! Let us know what you think of “Rocketman” in the comments.