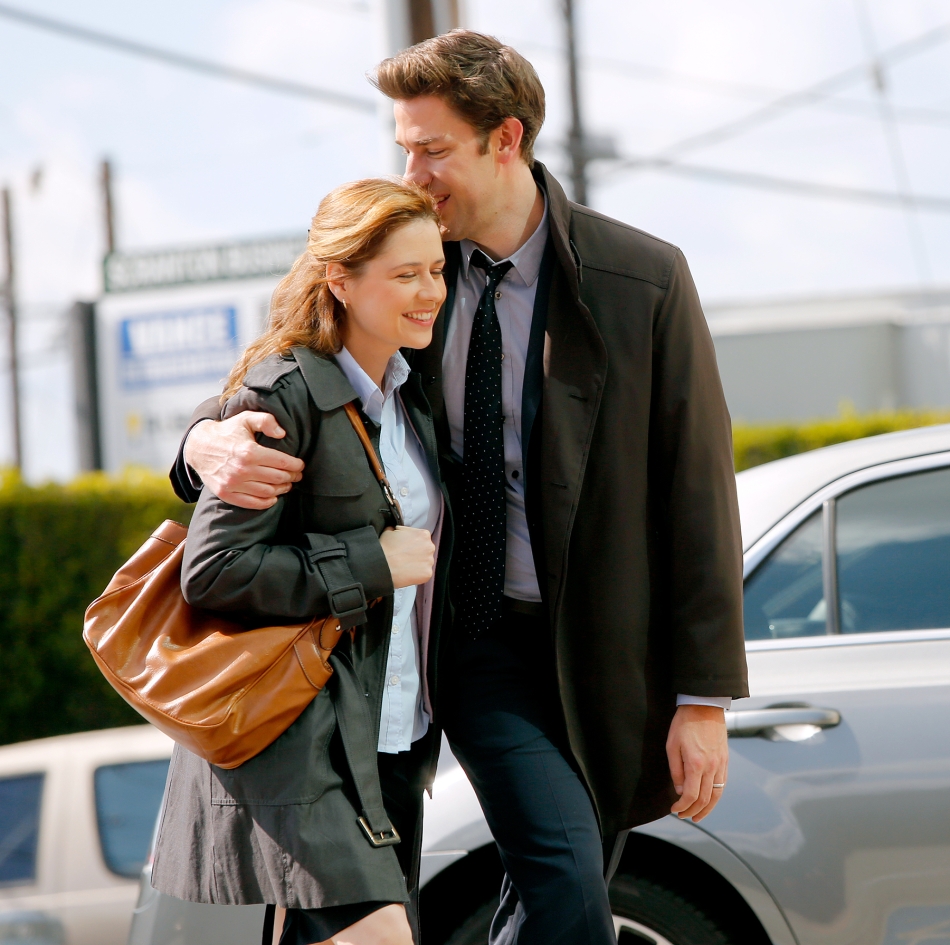 Alright! Welcome back to our retrospective of “The Office.” Yesterday we released the first part of our best episodes. Let’s just jump back in!

Directed and Written by Paul Lieberstein

What Happens: This one hits the emotional core of several of the characters. Jim and Pam go on their first overnight trip to Schrute Farms. They meet Mose (Mike Schurr, future creator of “Parks and Rec” and “The Good Place”) and hear Dwight sobbing through the night. Dwight and Angela have broken up, and Angela begins to date Andy. Simultaneously Michael runs into financial issues, something he attempts to hide from Jan (Melora Hardin). He takes on a second job, where he struggles to adapt to a rigid boss.

Why is it Excellent?: The episode stands out as one of the foundational episodes for the Dwight/Jim relationship. It takes a turn from here, and the emotional moment they share in the stairwell is among the best in the show’s history. Simultaneously, the Jan and Michael moment on the train is excellent as they discuss their future (both cinematically and emotionally). The two scenes give emotion to the show that developed the characters for the events of the remainder of the series. Plus Schrute farms is hilarious.

What Happens: After Michael uses offensive language at work, a Diversity representative is sent to make Michael understand what he did wrong. Michael then engages the office in an inappropriate diversity exercise.

Why is it Excellent?: It’s kind of shocking to realize that “Diversity Day” is the 2nd episode of the series. The episode is something that was ultimately essential for the series to work. The show throws Michael under the bus, recognizing the appalling missteps he consistently makes. What Michael says in this episode, and many moments that the show will have in the future, are appalling. By immediately letting us know that Michael is inappropriate in the eyes of the company and his fellow employees, the series signals to the audience that the show knows Michael’s flaws. Kelly’s slap is one that is a cathartic and necessary moment that seals the argument about the episode’s greatness.

What Happens: Michael hosts the Dundees, an office awards ceremony, at Chile’s. No one wants to go, but everyone shows up.

Why is it Excellent?: In some sense, “The Dundies” is the most “Office” episode of all time. It’s about Michael being an idiot and offensive over and over again. Meanwhile, everyone tries to enjoy themselves. However, when someone turns against Michael, the rest of the team rallies around him. Drunk Pam is hilarious. She gets so wasted she gets banned from the Chilis. She also stands up to Roy and kisses Jim. It’s really a big Pam episode and she didn’t get enough early in the show’s run.

Why is it Excellent?: Tensions run high from beginning to end of the episode between Jan and Michael. This is hands down, the funniest episode of the show. From the clearly inappropriate song about Jan taking her assistant’s virginity, Michael’s awful plasma screen, Jan’s office/workspaces, and the beer sign the characters at each other’s throats. This is one of the few bottle episodes of the show, and as things come to a head, it’s also clear why each couple works (or doesn’t). Passive aggressive behavior has never been so funny.

What Happens: After Dwight runs a safety test that causes Stanley to have a heart attack, Michael takes over as safety manager. Dwight then destroys a CPR mannequin. Jim and Pam watch a pirated movie with Andy (which stars Jessica Alba, Jack Black, and Chloris Leachman). Jim and Pam try to figure out how to communicate with Pam’s father. Pam’s Mom and Dad fight. When it turns out that Michael is the reason for the stress, he hosts a roast…of himself.

Why is it Excellent?:

What makes me put this episode above the others on this list are the highs this one gets to. This episode has the best cold open in the show’s history. Dwight makes everyone believe they’re about to die in a fire, setting off chaos. Angela throws her cat into the ceiling, where Oscar is supposed to catch it. Obviously, he doesn’t. Michael yells “Stay F***ing Calm.” Stanley has a heart attack. It’s insane.

The jokes during the CPR session are crazy. Andy does an acapella version of staying alive, and then Dwight cuts off the mannequins face. Again, a classic moment. What really elevates this episode is the emotional depths it gets to. Watching Michael during the roast is pretty tragic.  Jim and Pam’s relationship has another beautiful moment as her parents break up. It’s a surprising emotional bounce from what could have been a relationship killer, to one of the most heartwarming moments in the entire show. The combination of peak humor and peak emotion,  this episode squeaks out of “Dinner Party.”

What do you think of the ranking? Let us know in the comments below of your top episodes of “The Office!”