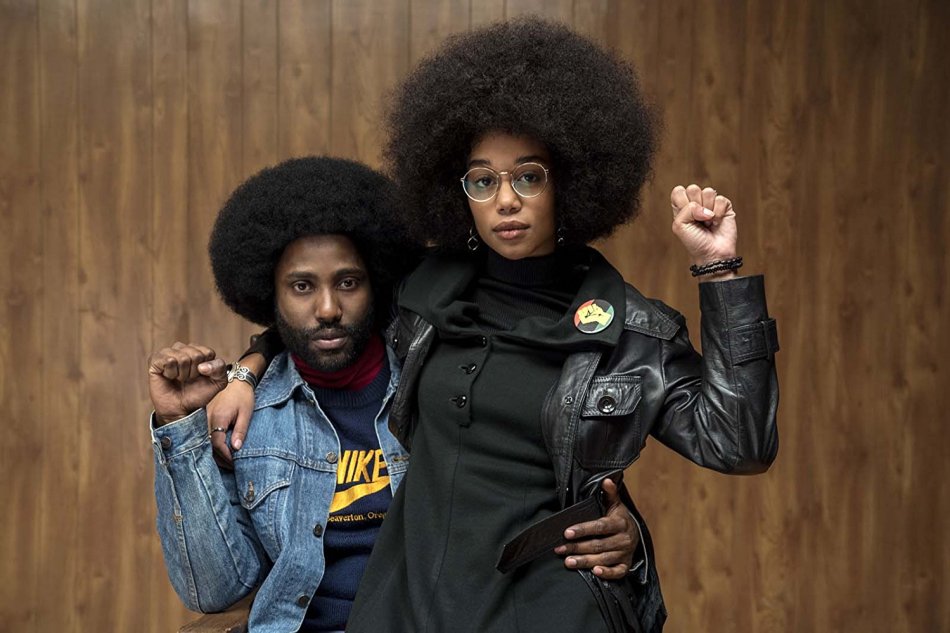 We’ve looked over a couple of the fun categories that we here at We Bought a Blog love to check in on. Documentary Feature is very deep. Animated Feature is not. However, this year has set itself up as a really strong year overall, even if it is a top-heavy one. This ranking is still early and doesn’t say which film is set to win the Oscar. However, it does rank the race as I currently see it

With the way Best Picture movies are chosen, these 6 feel safe. I don’t believe a single film is a lock (still not enough evidence), but they are all strong contenders. Again, I also don’t see these films falling out in this order come years end, but let’s jump into it. My personal favorite film of the year, and honestly the one most likely to win Best Picture of this group is BlacKkKlansman. I don’t believe that this will be my number 1 by year’s end, but it’s got a lot going for it. It shines a light on our country at this moment (one might say zeitgeisty), and would reward an auteur who has yet to win Best Picture. Spike Lee is going to have to kiss some babies, but this feels like a more progressive Argo kind of win.

The most basic film to make the cut feels like the slog towards A Star Is Born as a Best Picture nominee. People need to chill out about this movie, but the reviews are strong. However, the nonstop discussion surrounding the film has become exhausting already. Still, it’s safe. Luckily, we have a lot of good films at the top. A rematch of the 2016 Oscars between Barry Jenkins and Damien Chazelle further showcases why they’re generational talents. Beale Street brings back Jenkins, and the film looks and sounds gorgeous so far. The same can be said for First Man, a grand epic about the Apollo missions to the Moon, specifically one Neil Armstrong.

On the flip side, we’ve got Roma from a director who already conquered the stars. Cuarón follows up Gravity with a quiet black and white film about growing up in Mexico City. The political commentary and classism existing in the film will shake things up but because the film is in Spanish, some won’t watch it. Still, if there was ever an auteur to win Best Picture with a foreign film, Cuarón might be the one.

Vice feels like this year’s Wolf of Wall Street. There’s going to be a fight on the internet about whether we can view the Bush administration in a comedic light. It’s a fair question as our political system eats itself alive. It’s a film consumed by the search for power, and while our President attempts to grab more than any before him, the parable of Dick Cheney will wake some up about how a broken system could crumble under someone more competent.

10. Can You Ever Forgive Me? (Fox Searchlight Pictures) – Dir. Marielle Heller

This next group features the film that will likely define 2018. Black Panther feels like a must nominate film but here’s the problem. It has to receive number 1 votes. If it doesn’t, it misses out in Best Picture. I don’t know how 5% of the Academy will put a superhero film in 1st place on their ballots. That’s the entire problem with it, and while most voters are likely to have it in the top 10, that doesn’t matter. This worries me and scared the Academy so much they almost rolled out the popular film category this year.

Green Book might be part of the problem. The Civil Rights story will be catnip for some voters. It’s a more progressive story than Driving Miss Daisy, but it’s a tough look to tell a story about Don Shirley (Mahershala Ali)  through the lens of a white character (Viggo Mortenson). The Toronto Film Festival rewarded Green Book the Audience Award, so it is a crowd pleaser. That might be enough to get it over the finish line.

The Favourite will be far less controversial, putting women at the heart of the film. The three-headed monster could bring Emma Stone, Rachel Weisz, and Olivia Colman all Oscar nominations. The most commercial of Yorgos Lanthimos’ career still features weird sex, period costumes, and Black Swan style performances. It gets artsy cred. A BP nom feels assured, but all those things will make some in the Academy hate this movie.

Now the rest of our list shows off strong reviewed features with weaknesses for one reason or another. Stan & Ollie has not been confirmed for this year yet, but one that could shatter the lineup. It’s about two of the great stars in Hollywood, and there are few things Oscars love more than cheerleading themselves. Widows will likely make my personal 10, as Crime features are my safe space. Widows looks like The Departed by featuring an all-star cast with an A+ director. With Viola Davis and Daniel Kaluuya leading the acting nomination chances, this one could quickly become a player.

Can You Ever Forgive Me? should draw some interesting responses. The film is well reviewed, and Melissa McCarthy in a serious role will keep eyes on the film. Plus, Richard E. Grant is apparently great. It’s the only women-directed film that could make the Best Picture lineup so it might draw more supporters for that reason as well. Finally, The Hate U Give features strong reviews, but I don’t think the numbers are on its side. It’s just like Black Panther, where I’m sure that it would have a strong chance in a straight 10 lineup. I just don’t know how many people will put it in first place.

Still in the Hunt

This group feels like it could grab votes, but none will have enough support. Boy Erased feels like it has already dropped out of the conversation in lieu of stronger films. Maybe it’ll grab some acting nominations, but feels like it’s falling short. A Quiet Place and Herditary will have supporters, but horror films struggle to make Best Picture. I don’t believe that Get Out opened the door for horror,  I think it’s social relevance pulled it over the edge. Neither of these films has that key component.

Wildlife will be a very interesting case, featuring a family drama gone wrong. If it can build some support, it could rocket up this list. However, at the moment the buzz is almost non-existent. Last, The Sisters Brothers is a dark comedy and western. An odd blend to say the least, but it’s going to attract some to its side. However, in the process, it’s going to push others away. It’s already won Best Director for Jacques Audiard at the Venice Film Festival over The Favourite, First Man, and others. Clearly, it has support.

This group could rise quickly, but seem destined for other nominations. Cold War might be the strongest foreign film other than Roma and that’s a good thing. But again, will 2 foreign films find 5% of the 1st place votes, let alone 2 black and white ones? Eighth Grade is amazing, but teen stories have trouble getting into Best Picture races. Again, Lady Bird had other narratives to follow, namely Greta Gerwig and Saoirse Ronan. I don’t think Eighth Grade has those narratives. It should though.

At Eternity’s Gate follows Willem Dafoe as Vincent Van Gogh. That’s a good thing. Julian Schnabel directs, and his unique vision seems to be the film’s undoing. It’s got good reviews, but not great so far. This makes a traditional Oscar player a polarizing film. Last but not least, 22 July does not live up to Paul Greengrass’ very strong filmography. That said, it’s still got strong reviews, and Netflix is pushing it.

This group could find their way into the race, but it’s going to take a lot. Shoplifters won the Palme D’Or at the Cannes Film Festival. Still, it’s a foreign film already packed with 2 others. Maybe you can flip it with Cold War but it would be surprising if either gets in. Mary Poppins Returns could get a Globe nomination, but Disney’s going to push Black Panther instead. Paddington 2 has strong fans, but again, not 5% strong. The Ballad of Buster Scruggs might have done it if the Coen’s had expanded any of the anthologies into a full feature. Alas, that’s not the case.

Mary Queen of Scots and Beautiful Boy will both feel like flops, but each could get a nominee or two in the acting races. But the rest of the films will let down last year’s nominees Saoirse Ronan, Margot Robbie, and Timothee Chalamet. The Old Man and the Gun seems too sweet and nostalgic, and Robert Redford already walked back that this could be his last film. That was always its advantage. Last, The Incredibles 2 can boast that it is the highest grossing animated film of all time. Quite a title to hold, However, it did not help Finding Dory, Shrek 2, Lion King, or Frozen. So I’m not predicting it here either.

What do you think of the Best Picture race so far? Which other films do you think will contend? Let us know in the comments below!