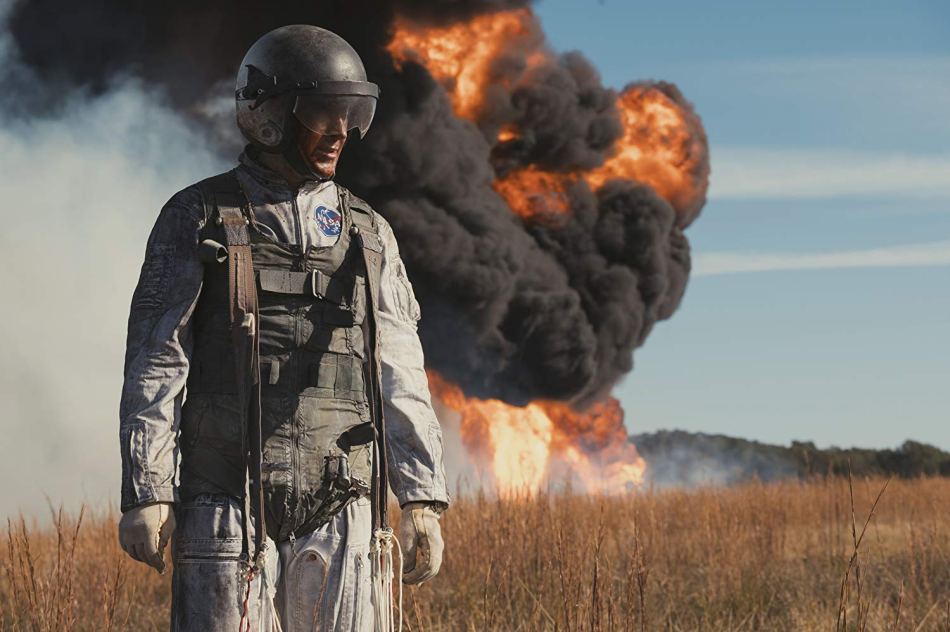 In 2016, Damien Chazelle took most of America by storm with the success of his original musical La La Land storming towards Oscar glory. 14 Oscar nominations, 6 Oscar wins, and the most memorable moment in Oscar history later, Chazelle began cooking up his next project. Joining up with his muse Ryan Gosling, the two set out to tackle a momentous moment in American history, Neil Armstrong‘s Apollo 11 mission to the Moon. What the two men have created is nearly a masterpiece and will remain one of the best films of 2018.

First Man follows the story of the Apollo 11 mission, but really the film focuses on Armstrong (Gosling) and his life at home. After becoming a successful pilot and engineer, Neil and his wife Janet (a brilliant Claire Foy) deal with the heartbreaking loss of a child. In an attempt to move on, Neil applies for NASA, earning his way into the Gemini program. As the years unfold, his focus becomes singular while his family begins to grow up and grow apart from him.

The focus of the film rests primarily on Gosling as Armstrong, a performance that has taken on everything from praise and criticism to indifference. To discount Gosling when talking about how the film works would be a mistake. Gosling brings an emotional character to the screen, even if the internal processing of that emotion makes him feel distant to those around him. The emotion simmers through his voice, even as his facial expressions remain straight or blank. This kind of acting and subtly does not come along often, namely due to the level of difficulty attached.  He internalizes everything, desperate to not crack under the pressure. Yet the way Gosling brings this internalization to life, you can see the anxiety, fear, anger, and love in his eyes from the first frames. While other characters come and go, his performance is very much at the center of this film. His work here is some of the best of his career.

Equally impressive, but with the far showier role, is Foy. The actress brings out the worry and fear of being left as the sole emotional contributor to the family. She never wishes to stand in Neil’s way despite the fact that the trailers for the film make her look like the person grounding him. Instead, she lets him play in outer space, fearing the worst in every situation. Her own game of internalization carries through most of the film. When the two show genuine affection toward each other, you question if their relationship works. However, diving into the intimate moments of the film, you peel back layers of a highly complex yet functional life between two people who genuinely love each other. 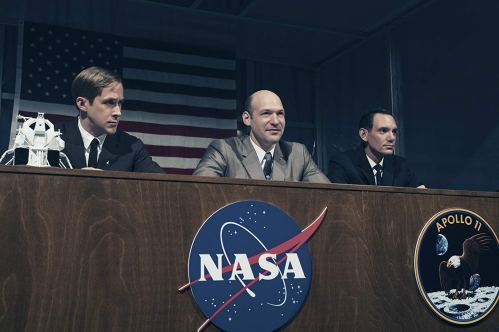 First Man features recognizable faces to cinephiles, yet the general public will likely not know most of them. In all honesty, this may hurt how those in the know will view the film. Much of the talent, including Jason Clarke, Ciarán Hinds, Kyle Chandler, and Corey Stoll, is not utilized to their fullest potential. However, it is also not their story. By keeping the focus on the Armstrongs, and by proxy Gosling and Foy, the emotional beats of the film ring true.

Chazelle should be regarded as one of our greatest young filmmakers, and he proves it yet again with First Man. This film brings together various crafts and below-the-line work to simply amaze audiences. Almost every element, including the sound, score, production design, and costumes are perfect.

A very important piece to helping bring Gosling and Foy’s emotions into the light is the beautiful score from Justin Hurwitz. What he brings to the table will have you humming tunes for days. It is beautiful and special, adding extra life to every scene. The mix of adventure and tension builds in various pieces of the score, making it an extremely complex and moving piece. Listening to the music will help you soar. Speaking of sound, it is unlikely anyone in 2018 will top the sound design achievement Ai-Ling Lee and Mildred Iatrou accomplish. The creaks and moans of metal will haunt you long after you leave the theater, making the sound work among the best in modern cinema. The sound effects are staggering in their brilliance, mixed expertly by Lee and Jon Taylor. 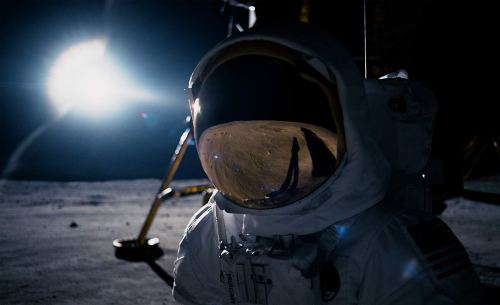 The production design from Nathan Crowley brings a lived-in world to life. Again, the impeccable detail should not be overlooked. The Moon has never felt so tactile. Another big hat tip goes to the editor Tom Cross, who makes the film really shine through tension driven sequences. He reels in the strong screenplay from Josh Singer and keeps the focus on the big emotional beats. The action sequences in First Man are thrilling to observe. In particular, the Gemini 8 mission might be one of the two or three most thrilling sequences of the year in all of film. Cross brings out an important fact about the disorientation of space travel, making sure you feel that pressure.  Chazelle brings together this crew to create a towering technical achievement and allows Singer’s script to add an extra emotional punch through it all.

Sadly, the cinematography falls well short of the mark. Linus Sandgreen, the Oscar-winning cinematographer of La La Land, creates some thrilling work. During the actual rocket launches or flying sequences, his handheld and shaky camera are welcomed into the film. Yet using some of these shaky moments in the halls of NASA or in the backyard while the guys throw some back lessens its effectiveness. In one particular scene of regular dialogue, the camera threw me off entirely. While the rest of the film features top-tier work from its craftsman, the way Sandgreen shoots this film leaves something to be desired. 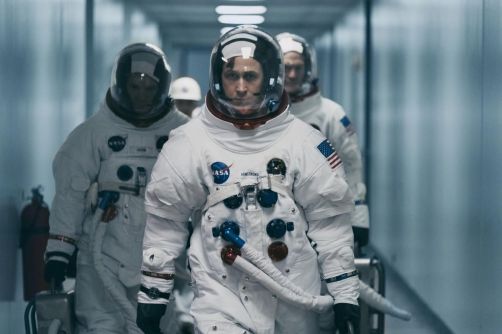 Sadly, the flag controversy needs to be addressed. First things first, First Man is not about the story of America. It’s not even about the story of the Apollo missions. This is a story about one man fighting through years of grief to accomplish something monumental. Whether or not a flag is planted does not matter to telling the story of Armstrong and his wife. Yet, the film still has the flag on the Moon (just not the exact moment it is put into the ground). It plays the patriotic speech of John F. Kennedy promising we will get to the Moon. It shows Americans frustrated with the Soviets and features footage of foreign countries celebrating an American achievement (there is literally a line “I always knew the Americans would win”).  So if you happen to be one of the people boycotting the story of an American hero, I don’t know what to tell you. You’re missing out on something marvelous.

First Man booms to life and never lets go of its unrelenting tactility and emotion. For some, the emotion builds slowly throughout the film. For me, it had me from the word go. Regardless, the moment will likely hit you in an unexpected way, delivering a heartbeat to a film that may not have needed it. Gosling delivers another amazing performance of brilliance and subtlety. Foy will become a breakout star to any who have not caught her ability on screen before. The two of them make for an interesting pair at the center of the film. Yet this heartbeat elevates this film to other worlds, making it a heart-pounding and emotional journey of grace from Chazelle. I can’t wait to see what he does next.

What did you think of First Man? Let us know in the comments below!