When Fantastic Beasts and Where to Find Them released in theaters in 2016, it was a surprise hit for many. It combined large-scale visual effects, a very talented cast, and an adventurous period narrative that allowed the story to take flight. The American setting helped to bring the world to new and interesting places, and we were introduced to a new corner of the Wizarding World. However, the last few minutes of the Beasts revealed a great ambition and a greater scope to the narrative. The introduction of Grindelwald (Johnny Depp) changed the goal posts and turned the adventure into the introductory tale to a new wizarding war.

Now, in 2018, we get the sequel to this new chapter. The returning cast, featuring Newt Scamander (Eddie Redmayne) returns to another globe-trotting adventure. The Ministry of Magic, including Newt’s brother Theseus (Callum Turner) and best friend Leta Lestrange (Zoë Kravitz), want the wizard to hunt down Creedence (Ezra Miller) who somehow survived the events of New York. After he rebuffs the Ministry, a younger Albus Dumbledore (Jude Law) recruits to go to Paris and find Creedence. At the urging of Queenie (Alison Sudol) and Jacob (Dan Fogler), the botanist travels to Europe in search of Creedence and Tina Goldstein (Katherine Waterson). 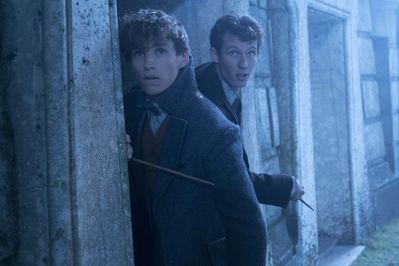 For potentially the first time, Redmayne actually impressed me as a performer. He’s still got the small ticks that frustrate audiences, but there are more excitement and love in this performance. The narrative helps to fill in the gaps, and add more shades to Newt. The chemistry with Waterson is still off, but it came a long way between the two movies.

Kravitz pops much better in this regard, and for good reason. Kravitz brings out the melancholy and weight of her past actions, building a strong character with mixed motivations. Her charisma as a performer is undeniable, and she might be the standout. However, she has competition. Fogler is simply joyous, making Jacob one of my favorite characters in the story. His ability as a comedic actor should not be in doubt. Yet his emotional turn here proves that the first Fantastic Beasts was not a fluke. Finally, William Nadylam, as Yusuf Kama, steals several scenes. He’s a mysterious character but could play a much bigger role as the series evolves. He keeps his motivations close, but shines when called upon.

Depp does very little here. He looks quizzically at things. He shows little emotion, like a robot trying to figure out what it means to feel. It feels like a phoned-in performance, yet the writing makes him far more compelling. There’s actual substance to his argument, but Depp actually makes him less compelling. That’s a rough go for a movie that needed a star to sell the part. One can’t help but wonder what could have been with Colin Farrell. It almost feels like the screen time he gets could have been better distributed to other characters.

This is most apparent in the Dumbledore, where a criminally underused and underwritten Jude Law gets little to work with. Law showcases some of the brilliant charm and charisma that draws people to the character. He might even be the best interpretation of the character yet. However, with so little to actually do, it feels like a waste. Miller ends up feeling the same way. He’s too talented to get this little to do. The splitting of the narrative might have hurt him the most.

David Yates proves to have some of the least imaginative methods of bringing the Wizarding World. Almost instantaneously, it feels like a step back, thanks to a frankly comedic escape scene from Grindelwald. It gets worse from there, with about a half dozen new characters introduced, and only one who actually gets any backstory. Fanservice is pestered throughout the Crimes of Grindelwald, and if I was not a moderate to big fan of Harry Potter, I would have almost no clue what was going on at times. 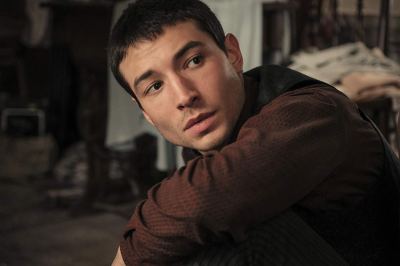 Shockingly J.K. Rowling leaves big pieces of the story without explanation. There are also some odd jumps between scenes in Crimes of Grindelwald. This gives the impression that there’s a problem with the editing, or that large sections of the narrative got left on the cutting room floor. This is especially problematic because there are stretches that go on for too long. When the film drags, but it still cannot answer the questions it needs to in order to complete the narrative, that is a misfire. It becomes especially bad when character motivations are not fully flushed out, or personalities are changed in order to hit plot points. The last twenty minutes of the film feels especially weak, likely leaving audiences cold to the previous two hours. Crimes of  Grindelwald suffers from poor storytelling, something the Wizarding World rarely has to worry about.

The visual effects are on point at least. While some segments, like the prison escape, suffer from bland effects. However, many of the big creatures are brilliantly rendered. The Zouwu, a massive Chinese feline creature, helps bring home the magical element and wonder. It is a standout creature that should draw most of the attention to the film. Sometimes the visual effects, such as green flashes of light that feel ever-present in this film, achieve more storytelling than the script (oddly, I do not think I heard the words Avada Kedavra even once).

The production design takes a step back, but the various ministries are still exciting to spend time in. The “freak show” might be the standout moment of the film in that regard as well. The way we move through the rooms and see the creatures brings another piece of the world to life. Paris’ own Diagon Alley brings a liveliness to the international Wizarding community. Once again, the costumes are on point again. Coleen Atwood has some excellent work, even as Newt keeps his signature blue and golds.

Sadly, Crimes of Grindelwald does not work on its own merits. Fans of the franchise will still find an enjoyable adventure in their beloved Wizarding World. They’ve done that before for underwhelming films in the franchise. Yet this one feels different than previous iterations. Like Han Solo earlier this year, there are things to like and things that don’t work. Ultimately, it won’t stop the Crimes from making money, but this one may dampen the excitement for the next three.

What do you think of Crimes of Grindelwald? Let us know in the comments below!

1 comment on “Review: ‘The Crimes of Grinelwald’ Is Far From Fantastic”