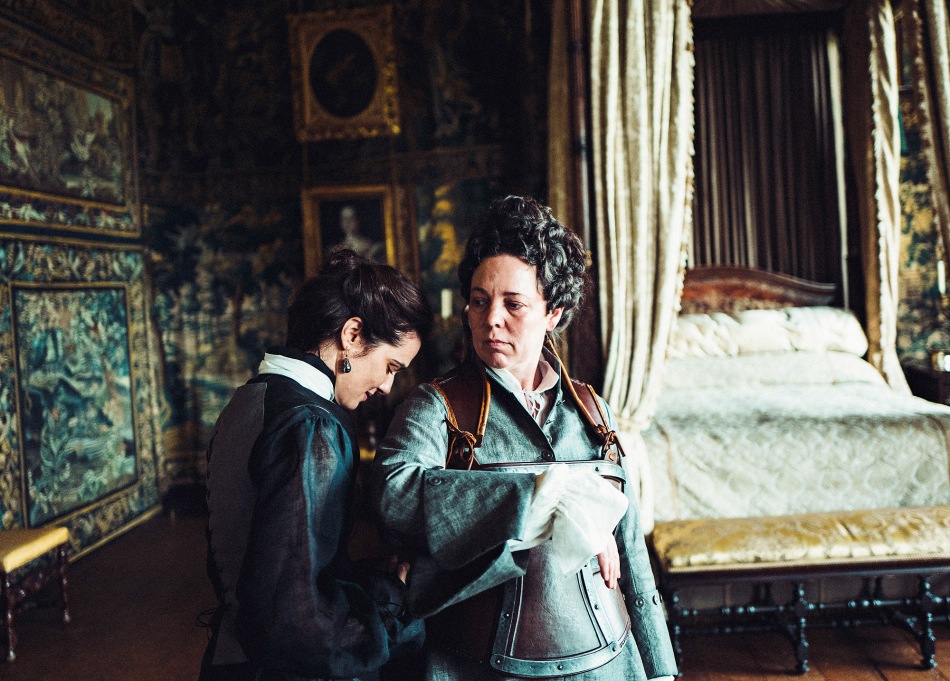 As a young maiden (Emma Stone) and the Parliamentary Leader of the Opposition (Nicholas Hoult) wander across the grounds of a castle, you might think you’re in a Merchant & Ivory film. The costumes are gorgeous, the world is candlelit, and the wigs are astounding. However, the moment that Hoult opens his mouth, the level of profane and vile language clues you into what you’re watching: an elaborately set up and executed parody of the genre. 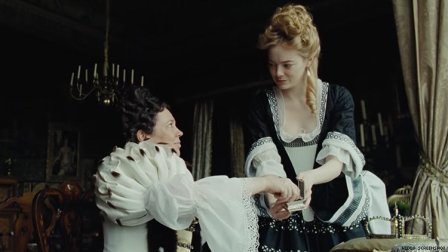 Period pieces filmmaking has taken on a different feel over the past decade. Since the expanded Best Picture lineup in 2009, a number of these films earned Best Picture nominations. However, most are now contained to the 20th century, forgoing the old costume dramas that dominated the 1980s and 1990s. The Favourite decides to take on those dramas, by at once being an excellent costume film, and simultaneously subverting genre norms at every turn. Director Yorgos Lanthimos combines each of these elements to create his first true masterpiece.

The Favourite follows a young girl named Abigail (Stone), who seeks employment from her cousin Sarah (Rachel Weisz). Sarah has become one of the most powerful individuals in the world thanks to her friendship and sexual relationship with Queen Anne (Olivia Colman). When Abigail begins to encroach on Sarah’s power, the two begin a bitter rivalry. 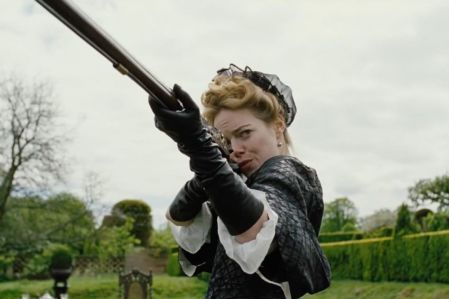 The three women at the top of this film deliver career-best work. Stone rarely showcases this side of herself, but she’s often at her best as a sarcastic, shade-throwing climber. Her ambition is clear from the word go, but much of her best performing comes from non-verbals. The screenplay from Deborah Davis and Tony MacNamara gives her character the largest arc. She might begin the film as a naive girl hoping to move up, but her ambition and cunning are Slytherin-esque. With a little nudge from Hoult, she chooses to take power by any means necessary. As a result, Stone delivers one of the best leading performances of the year.

However, the best lead performance of the year goes to the transformative Colman. There is no performance this year that is more consuming than Colman’s. The actress became known for being a solid character performer, her turn here is a game-changer for the actress. She dominates every frame from the moment she appears, crafting a brilliant comedic performance that truly shines in its darkness. Colman’s physicality changes from scene to scene, and combined with her mania, keeps the audience on the edge of their seats. At any moment, Colman can be a truly sweet and loving owner of 17 rabbits, or she could be screaming a servant boy to look at her (or not look at her). The rollercoaster of a performance feels virtuosic from Colman, and might be the single best performance from any performer this year.

Finally, the triumvirate is completed with Weisz. Through pure facial expression and subtlety, she represents a dangerous foe. She can be just as vengeful as Colman when wronged, yet she has not been plagued by years of inbreeding or syphilis to cause her to lose her mind. Instead, her sharp wit and deeply contorted view of love and loyalty create a viper in the grass. Often, Weisz sneaks up on you in a scene, instantly recoiling and taking action against those who oppose her. Yet more often than not, the action comes from clearly thought out and meticulously arranged plans. Still, knowing her vengeance can come swiftly puts every character on edge.

The ensemble also includes the devious Hoult. His one-liners are both highly offensive, and politically astute. He has just as much ambition as any of the ladies of the film. His physical violence and verbal hate makes Hoult a highly dislikable character. Yet his verbiage and aristocratic air make him infinitely charismatic. Hoult shows some movie star chops and delivers a giddy performance in the process. Meanwhile, Joe Alwyn gets some good looks at times, but at the same time, he fades into the background. He’s fine for what he’s asked to do, but to be fair, he’s mostly just eye candy.

What really elevates The Favourite are the screenplay and crafts. The script sizzles at every turn, lifting up character after character. The three main ladies are cutthroat, caring, resentful, and bratty. The one-liners are amazingly comical, perfectly marrying the visuals with the sneering disgust each character feels for each other. Yet at the same time, it sucks you into the political stakes and intrigue. It is an era where sexuality was binary in the public eye, yet fluid for those holding the machinations of power. The screenplay might be the best LGBT script of the year, and part of what makes it the film work so well is the bluntness with which sexuality is handled.

Finally, the crafts shine again and again throughout the film. The cinematography is some of the best of the year. The fisheye lens will make you question what you’re seeing at times, but the distortion helps to give you the full view of many of the rooms. The way DP Robbie Ryan shoots the period is perfect, allowing characters to literally and figuratively work in the shadows. He also does an excellent job at catching the impeccable craftwork throughout the film. The brilliant tapestries and furniture help add to the excess of Queen Anne’s court. The extravagance is visible in every shot and adds considerably to the cinematography.

Just as essential to the film is the soundscape. The use of classical composers as well as modern compositions puts you on edge throughout the film. It does not have a “movie score” and this helps root you in the era. Yet the way sound bounces through the halls, there are no period films that can serve as equals. The soundscape is brilliantly composed, and considering Johnnie Burn, the sound designer of Under the Skin serves as both editor and mixer, that is far from surprising. 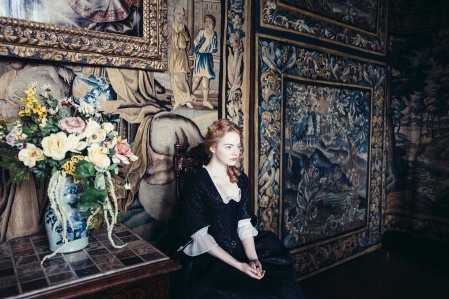 The costumes are some of the best of the year, and designer Sandy Powell once again proves she is one of the very best in the history of film. She brings intricate and delicate dresses to every character, and each of the actresses dons at least twenty different gowns during the film. Meanwhile, the makeup is both gaudy and period appropriate. The men and women each wear makeup, and the Restoration (Stuart) era shows off the extravagance of the crown. A bit comparing Queen Anne to a badger is both comical, insulting, and true. However, the work is brilliant and helps communicate character progression over the course of the narrative.

Overall, The Favourite is one of the very best features of the year. Colman should win an Oscar for her all-timer of a performance. The script is dynamite and will leave you with stitches for laughing so hard. Lanthimos has undone himself, and this should serve as his masterpiece. At the same time, it one of the most authentic period films, and comes off as a send-up of the genre. Yet it’s so sincerely committed to its storytelling, it will stick with you.

What do you think of The Favourite? Let us know in the comments below!

1 comment on “REVIEW: ‘The Favourite’ is the Best Send-Up of Period Piece Filmmaking Since ‘Amadeus’”