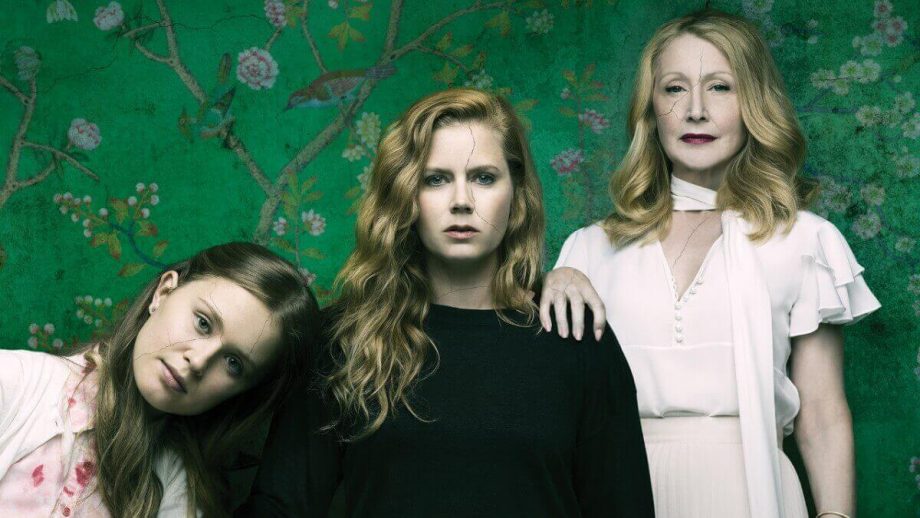 Yesterday we ran through our thoughts on the Golden Globes for the film side, but today is TV time! Considering both of our hosts (in case you haven’t hear, Sandra Oh and Andy Samberg) hail from TV, this could be a lot of fun. Expecting at least one Lonely Island gag at some point. Still, TV offers a lot of fun in its own right, so check out our picks below! 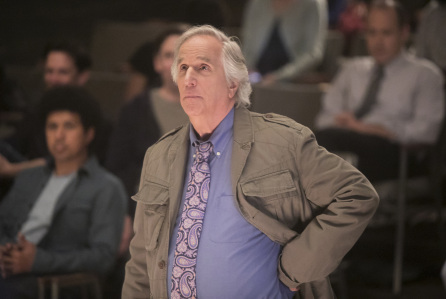 A fun group that ultimately suffers from being really weirdly grouped together. One actor (Edgar Ramirez) gives a super dramatic performance, while the rest get some strong comedic moments. Ben Whishaw, a rising star across British TV and film, really brings home an excellent performance in A Very English Scandal. A very layered and tragic role really helps him shine in the best of ways. That said, this should be the Henry Winkler show. He’s simply astounding in Barry and gives the performance of his career. Still, count Ramirez as the spoiler, simply because his dramatic role varies so drastically from the rest of the field.

Who Will Win: Henry Winkler

Who Should Win: Ben Whishaw

Who Could Win: Edgar Ramirez

Who Should Have Been Here: Brian Tyree Henry – Atlanta for Alan Arkin 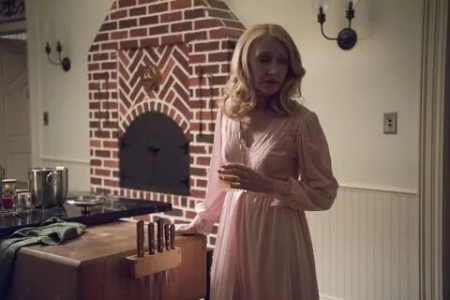 Have you ever seen anyone as menacing as Patricia Clarkson in Sharp Objects. It’s a great performance from an actress that constantly shines in below-her-talent work. It was nice to see her actually get something worthy of her talent, and she made the most of it. Still, the Globes loves stars, and Penelope Cruz is a star. She’s also excellent in Versace, and if the show’s going to have a big night, she could be in line to get some love.

Who Will Win: Patricia Clarkson

Who Should Win: Patricia Clarkson

Who Could Win: Penelope Cruz

Who Should Have Been Here: Split the categories, because it’s ridiculous to combine all these performances into a single category. These might be the Top 5 though if you had to make the lineup this way. 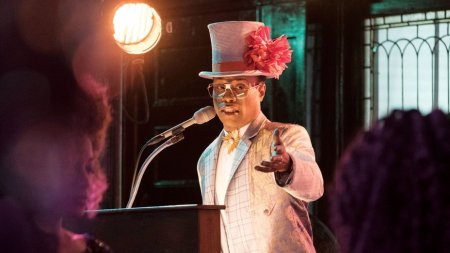 This is a very strong group with one major exception. You may not have heard of Billy Porter before this year, or this might be your introduction. Well, go check out Pose, a show that lets him shine in the best of ways. He should contend for a lot of prizes moving forward and should be one of television’s emerging stars.  Matthew Rhys gives an incredible performance on The Americans, but I’ll be honest, this could just be greed. As someone who literally cried when he finally got his due for one of my favorite shows ever, I can’t possibly complain if he loses. Meanwhile, Stephan James and Richard Madden are amazing in their respective roles, particularly James. He should be cast in as many possible projects as he can going forward.

Who Will Win: Billy Porter

Who Should Win: Matthew Rhys

Who Could Win: Matthew Rhys

Who Should Have Been Here: Bob Odenkirk – Better Call Saul for Jason Bateman 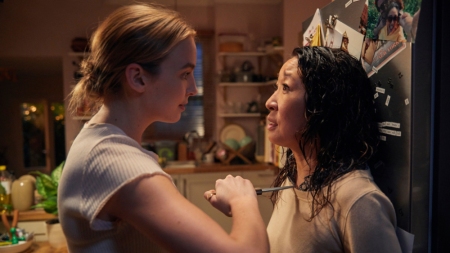 Another loaded category. You can go in any number of ways, but considering the HFPA likes Sandra Oh so much they have her hosting the show. Then again, Amy Pohler didn’t win for Parks and Rec until after she hosted. Still, Oh delivers a dynamite performance that combines drama with some really strong comedy. However, she’s got competition from superstar Julia Roberts, whose own performance is amazing. Roberts delivered a nuanced and emotional role in Homecoming, and the Globes have a chance to be the first to give her a prize for it. Meanwhile, Keri Russell gives the undeniably best and most intense performance, and hopefully she’ll actually win an award for one of the roles this century.

Who Will Win: Sandra Oh

Who Should Win: Keri Russell

Who Could Win: Julia Roberts

Who Should Have Been Here: Jodie Comer – Killing Eve for Caitriona Balfe

Sacha Baron Cohen – Who Is America?

Bill Hader murders his way to the top in a role that is as dramatic as it is funny. It’s a fair reason for many people to question whether or not it belongs in the category. However, it’s here, and it’s the best performance by far. It’s also the first time for the Globes to reward him. At the same time, they can be first to reward the vets in the category, Jim Carrey and Michael Douglas.

Who Will Win: Bill Hader

Who Should Win: Bill Hader

Who Could Win: Jim Carrey/Michael Douglas

Who Should Have Been Here: Ted Danson – The Good Place for Sacha Baron Cohen 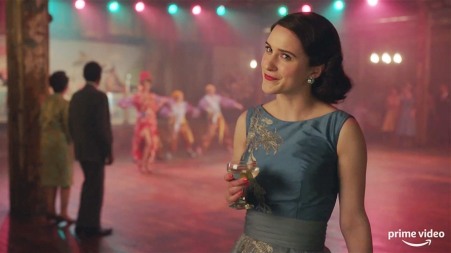 It’s been a whirlwind year for Rachel Brosnahan, who went on to win the Globe and Emmy. Reviews for season 2 of The Marvelous Mrs. Maisel are slightly down from the first season, but Brosnahan does not seem to be affected. Meanwhile, Alison Brie upped her game in season 2 of GLOW, and she could pose a real threat to Brosnahan. Ultimately, the HFPA may feel nostalgic, and hand the prize to the queen that is Candice Bergen. This is her 13th Golden Globes nomination, and she hasn’t won since 1992. Considering the dwindling ratings for the Murphy Brown revival, this might be their only chance to hand her a Globe for her work.

Who Will Win: Rachel Brosnahan

Who Should Win: Alison Brie

Who Could Win: Candice Bergen

Who Should Have Been Here: Justina Machado – One Day at a Time for Debra Messing

Best Performance in a Miniseries or TV Film – Actor 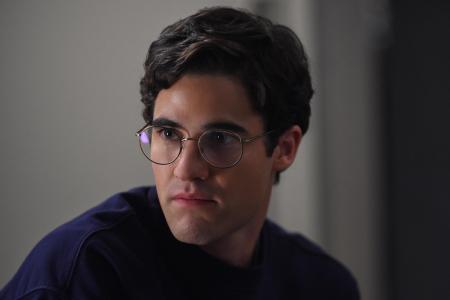 There are two amazing performances in the category, but they feel like polar opposites. On one hand, you have Darren Criss delivering a star-making performance as Andrew Cunanan. Criss was a known entity, but now he stands a legitimate chance to become a top-tier acting talent. He showcases an amazing intensity and passion, and Criss’ charisma is transfixing. At only 31, he has a great career on ahead of him. 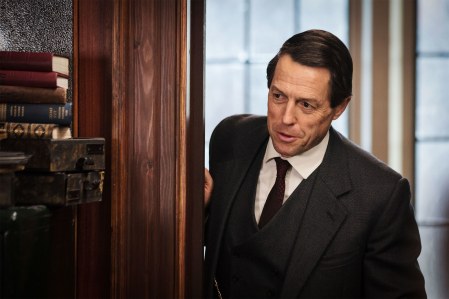 On the flip side, Hugh Grant plays a skeevy and monstrous liar, unwilling to let his sexuality divert his political aspirations. Yet in his effort to keep his personal life secret, he becomes a dangerous sociopath. In many ways, Grant continues his own renaissance with the character and proves that he is far more interesting looking back on his illustrious career than the peaks of his stardom ever could have accomplished. Criss is the pick to win, but Grant factors in as the spoiler.

Who Will Win: Darren Criss

Who Should Win: Darren Criss

Who Could Win: Hugh Grant

Who Should Have Been Here: Benicio Del Toro – Escape at Dannemora for Antonio Banderas

Best Performance in a Miniseries or TV Film – Actress 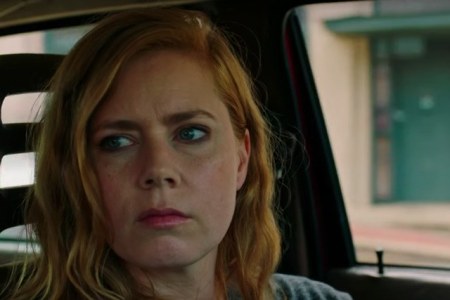 In the film side of the awards, I picked Regina King to triumph over Amy Adams. Well here is where the tables are turned. It feels unlikely that either actress leaves the night with two Globes, and Adams will likely begin a strong awards run on the Emmys here. However, King did win the Emmy in this category, so we have to watch out. That said, King’s win was a big surprise because most had pegged Laura Dern as the likely winner. Fingers crossed that someone will finally recognize her stellar performance.

Who Will Win: Amy Adams

Who Should Win: Laura Dern

Who Could Win: Laura Dern

Who Should Have Been Here: We’re good! This five feels perfect! 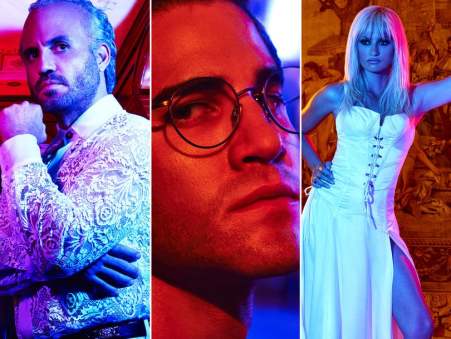 The Assassination of Gianni Versace

The three heavyweights dueling it out here are Sharp Objects, The Assassination of Gianni Versace and A Very English Scandal. Ultimately, The Assassination of Gianni Versace is the most ambitious of the three, featuring the largest cast and plays with form the most. Despite this, it’s domination at the Emmys could mean that the Globes leave it off the table. No one wants to be late to the show. This could set up Sharp Objects to take the win, especially if it wins Lead and Supporting Actress. However, if A Very English Scandal wins Lead and Supporting Actor, the game is afoot. While there is a slight Amazon bias at the Globes, I think HBO wins out for Sharp Objects here.

Who Will Win: Sharp Objects

Who Should Win: The Assassination of Gianni Versace

Who Could Win: A Very English Scandal

Who Should Have Been Here: We’re good again! Bandersnatch wasn’t out when they nominated, so nothing big missing. 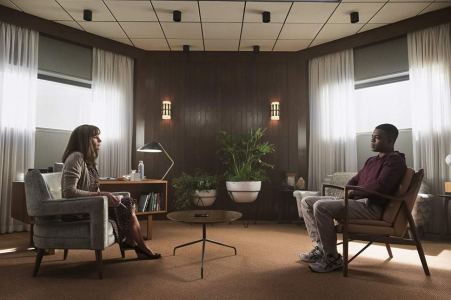 This one features some great shows, but the previously mentioned Amazon bias could shift the tide. The Americans and Pose might siphon votes from each other as FX TV series. This opens a path for Homecoming, which functions, looks, and feels like a mini-series, to take the big prize. Considering the impressive performances throughout the show, and Julia Roberts potentially winning on the night, it would be a big win for Amazon. Considering that the Globes actually handed Mr. Robot the Best Drama prize in 2016, they clearly like Sam Esmail, and this show pops off the screen thanks to his direction.

Who Will Win: Homecoming

Who Should Win: The Americans

Who Could Win: Pose

Who Should Have Been Here:  What is up? Globes have the right five again. Can they finish off the streak? 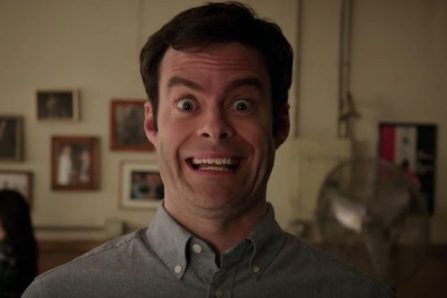 This might be the toughest of the races to predict, simply because the nominees are so weird. HBO should triumph based on the quality of Barry, but can it hold off Mrs. Maisel? The show won the prize for Best Comedy last year, and looks to make a big splash this time around. However, the sweep it pulled at the Emmys last year, partnered with the slight decline could prove costly. But seriously, what we should all be upset about is how they left out Atlanta. Embarrassing.

Who Will Win: Barry

Who Should Win: Barry

Who Could Win: The Marvelous Mrs. Maisel

Who Should Have Been Here: Oh boy did they Globes this up. Just when I was starting to like their choices. Atlanta for The Kominsky Method

This marks the TV picks for the Golden Globes, but there’s more! Check out our picks for the film side here. What do you think of our picks? Let us hear in the comments below!