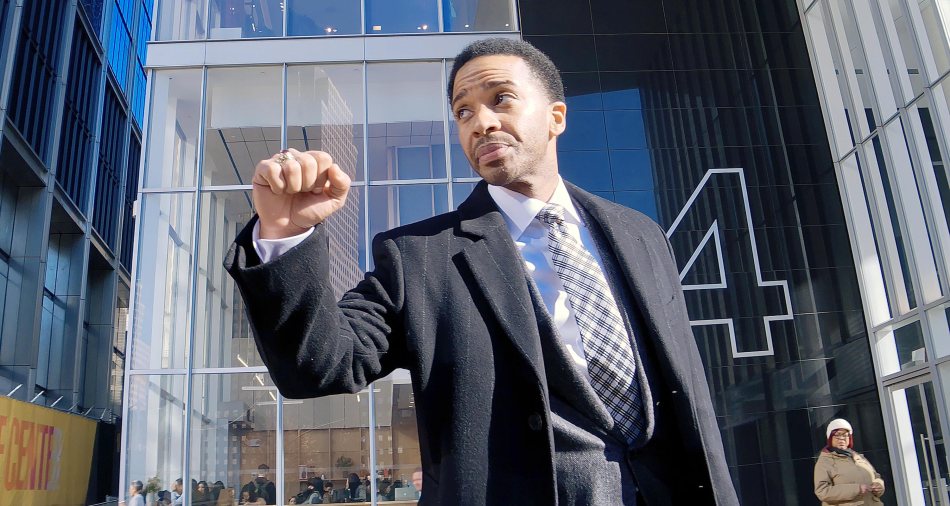 Today Steven Soderbergh returns to filmmaking with his fourth feature after his retirement (plus TV shows The Knick and Mosiac as well). Soderbergh returns to the public zeitgeist this year with the very slick and stylish High Flying Bird on Netflix. The basketball adjacent film follows an agent named Ray (André Holland) as he attempts to help the number one draft pick (Melvin Gregg) survive during the NBA lockout. Holland flashes his potential in this film and quickly establishes himself as a potential A-list actor. The screenplay is very tight, and given the fact that the screenwriter Tarrell Alvin McCraney also wrote Moonlight, it should come as no surprise.

However, Soderbergh’s direction gives a film that mostly takes place in boardrooms and offices an energy that carries through the film. It was also shot on an iPhone, but his use of angles and wide shots helps the film much roomier than the claustrophobic Unsane. High Flying Bird also functions as a commentary about turning art into a game of asset collection, reexamining markets, and how artists can retake control while working within the system. However, we’re not here to talk about the excellent High Flying Bird (you can read my review here). Instead, let’s look back over the career of a director so talented, the Oscars once gave him two Best Director nominations…in the same year.

SIDE NOTE: For the purpose of this article, I chose to disqualify High Flying Bird due to recency bias (I might be crazy enough to say it is his 2nd best film). I will also skip over his brilliant edit of Raiders of the Lost Ark. If you haven’t watched it (here it is), he removed all the color and sound from the film. He then replaced John Williams’ iconic score with Atticus Ross & Trent Reznor‘s work from The Social Network. Let’s be clear, this is just super cool and I want to shout its merits from a mountaintop.

The next five out (in no particular order): 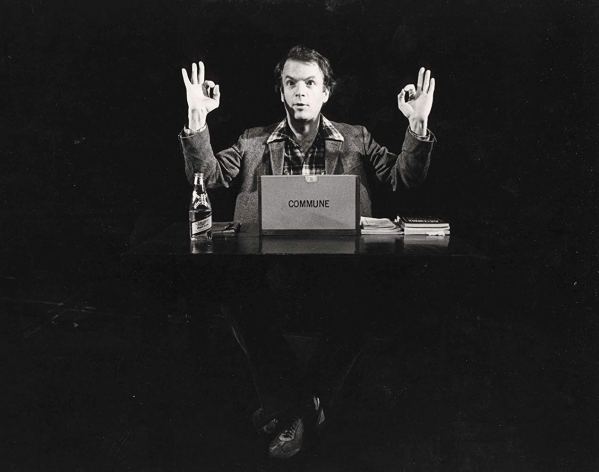 For many, And Everything Is Going Fine looks like the rare documentary in the Soderbergh repertoire. Yet Soderbergh might include this film as one of his most personal works. The documentary gives the brilliant storyteller Spalding Gray the opportunity to tell the story of his life one last time. Gray became well known on the New York stage, as well as in film circles for documentaries following his one-man shows. Soderbergh worked with Gray on his Gray’s Anatomy show, filming the show and releasing it in 1996. Shooting Gray’s monologue put Soderbergh in good company. Jonathon Demme (The Silence of the Lambs & Philadelphia) had shot Swimming to Cambodia a decade earlier. Weirdly enough, both Demme and Soderberg won their Best Director Oscars exactly five years after working with Gray.

Gray might have been the greatest storyteller of all time. Sadly, he also suffered from severe bouts of depression throughout his life. Many believe this eventually drove him to commit suicide in 2004. Yet Soderbergh edits together footage from dozens of interviews, one-man shows, and even some of his earlier work to craft an authentic account of Gray’s life. You can tell there was a lot of love and devotion put into each frame, and the care to assemble a supercut of this fashion gives Gray one last grandiose performance. 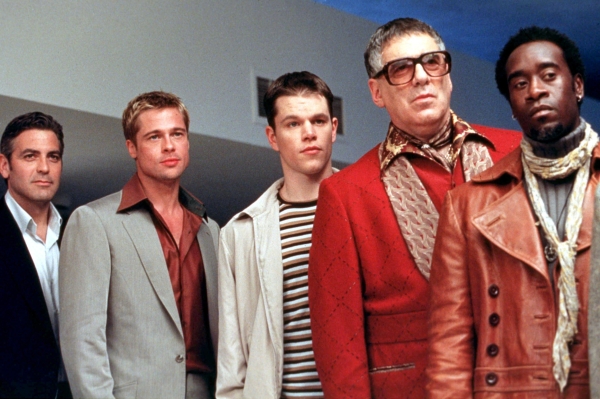 To write off Ocean’s 11 as a simple heist film does not give Soderbergh the credit he deserves. From the word go, Ocean’s gives off a stunning visual style that makes you feel like Las Vegas is the only city in the world that matters. The way the film was shot, the digital cinematography feels gritty and brighter than it should. This gives the story a larger than life feel that comes through in even the most mundane moments. Soderbergh crafts an ultimate homage to a city, the Rat Pack, and 1970s crime films. The score certainly invokes the mood if the visuals don’t do the trick.

Yet the real accomplishment from Soderbergh is balancing one of the largest casts of stars ever assembled. George Clooney instantly becomes Danny Ocean, and this feels like the role he was born to play. Brad Pitt shows off his comedic chops, appears to have a bottomless stomach (he won’t stop eating), and flashed movie star charisma. For Matt Damon, the role further cemented his stardom in Hollywood.

Meanwhile, a litany of icons like Elliot Gould, Carl Reiner, and Andy Garcia populate the movie. Bernie Mac was brilliantly funny from start to finish, Don Cheadle shines despite a ridiculous accent, and Casey Affleck is wonderfully hilarious when pitted against Scott Caan. Even Julia Roberts brings home the goods, and while her part in the film certainly could have been bigger, she sells the relationship to Danny better than you could hope. Soderbergh lets his actors work, and his style behind the camera made the franchise become one of Hollywood’s greatest successes. 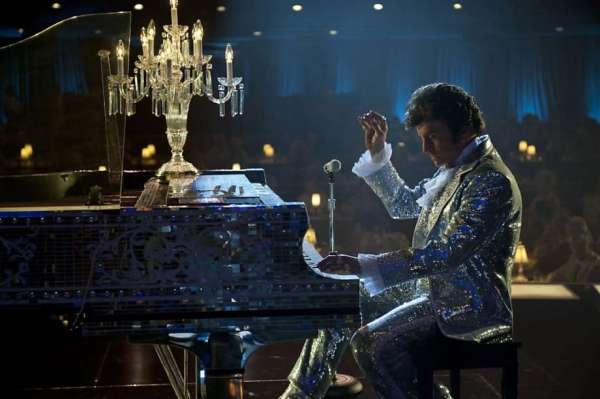 While this film went straight to HBO, Soderbergh delivers an impeccable biopic of an icon. This is the reason why cinephiles can become angry when discussing Bohemian Rhapsody because Behind the Candelabra runs laps around that film with an equally important queer icon. The film follows a young man named Scot Thorson (Matt Damon) who became a secret lover of renowned artist Liberace (Michael Douglas). Using Scot’s relationship with Liberace, Soderbergh dives deep into the effects of depression and loneliness that celebrity can cause, all while never wavering from honest depictions of the characters. Depending on the scene in question, you might find all the characters abhorrent or extremely human, and in doing so, Soderbergh captures lightning in a bottle.

Douglas stands out as he gives the single best performance in a Soderbergh film. He likely would have won the Oscar that eventually went to Matthew McConaughey for The Dallas Buyers Club had the film been eligible. Instead, Douglas had to settle for a consolation prize that included an Emmy, Golden Globe, and SAG award. Some of those prizes could have gone to Damon, who was equally brilliant. At the character dips into addiction, Soderbergh paints him with a sympathetic lens, but he never makes you feel like Damon is innocent.

It’s a brilliant work from Soderbergh, who seems obsessed with understanding celebrity and the effects it has on the human psyche. He lets his characters be human, through the good and bad of it all. You can feel the cult of personality that Liberace was, and why people were drawn to him. Soderbergh does not pull any punches when it comes to showing how fearful people were of AIDS. The way the film portrays public relations professionals feels telling when coming from a director of stars. You might even say that Soderbergh doesn’t like them. Behind the Candelabra rises above the confines of biopic convention, and had it played as a movie instead of a TV movie, it would have left a far stronger footprint on the cultural landscape. 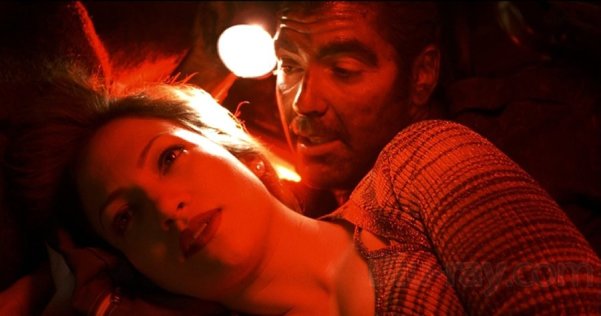 Looking back at Out of Sight today, it feels impossible that it would not become a hit. George Clooney, looking to escape the bad publicity of Batman & Robin signs onto a romantic crime comedy to star opposite Jennifer Lopez. Everyone knew that each had potential big-time star written all over them, but other than E.R. and Selena, neither had fully lived up. For a lot of people, Clooney seemed like he had failed to convert to movies at all. His only big role to date was as a vampire slaying criminal in From Dusk Til Dawn. For Lopez, she had just starred in Anaconda and her singing career would not begin until 1999. Yet Soderbergh used Out of Sight as the ultimate star flex by both actors and created an instantly iconic crime film of the 1990s.

Soderbergh proved that sex, lies, and videotape was far from a fluke. Instead, he could be seen as a legitimate director who could take the mere threat of sex, and use it to ratchet up the tension of any given scene. He pushed for career-best work from Lopez, Clooney, an emerging star named Don Cheadle. Even vets like Albert Brooks and Ving Rhames are spectacularly fun in this film. You can see a lot of visual style flare being done with Soderbergh’s camera work, and this clearly helped him get Ocean’s 11 off the ground a few years later. What is very surprising is how this movie lives and breathes as if it is a peak romantic comedy, despite the gun-wielding, shoot ’em events that occur throughout the movie. An all-around good time that makes it one of the easiest films to revisit in the Soderbergh collection.

When Soderbergh walked into the Cannes Film Festival in 1989, he was armed with a deeply intimate drama about a husband and wife struggling in their marriage. sex, lies, and videotape became a sensation for audiences. As it introduces a new variable into the protagonist’s relationships upset the balance. The resulting film showcases the complete Soderbergh package. Perhaps no director that emerged from the independent film movement of the late 1980s and 1990s could build relationships like Soderbergh. His characters are painstakingly real, and the pathos-driven decision making for these four characters creates a taut level of tension t through the mere use of words.

Perhaps most impressive is how brilliantly the editing remains on sex, lies, and videotape. In every moment, a character drops key information that will inform you of their future. The economical filmmaker delivers moments that feel meaningless, only to change the curvature of these characters’ worlds late in the story.

Soderbergh also warps your feelings towards each performer in order to get the most out of each f the actors. The best-in-show goes to either Andie McDowell or Laura San Giacomo. Giacomo gets to play big, and her ability to pull your attention to her at any point in any scene confirms how good she gets. It’s perhaps the most complex role for the first half of the film, and she sells the quiet moments as a woman in deep despair. Yet McDowell steals the movie from under Giacomo, especially in the last twenty to thirty minutes. Her subtle performance builds a rage from the first frames of the film. When that emotion finally gets released, you can feel her intensity through the screen.

Her ability to go toe-to-toe with either Peter Gallagher or James Spader whenever she needs to use her voice cannot be undersold. Spader and Gallagher could have easily flipped roles, and the movie would have been believable. Yet Soderbergh’s choice for each in the roles they play within the film was a perfect choice. Ultimately, the small decisions that Soderbergh makes in this film allow sex, lies, and videotape to emerge as one of the great independent drama films of the past thirty years.

What are your favorite films from Steven Soderbergh? Let us hear your thoughts in the comments below!