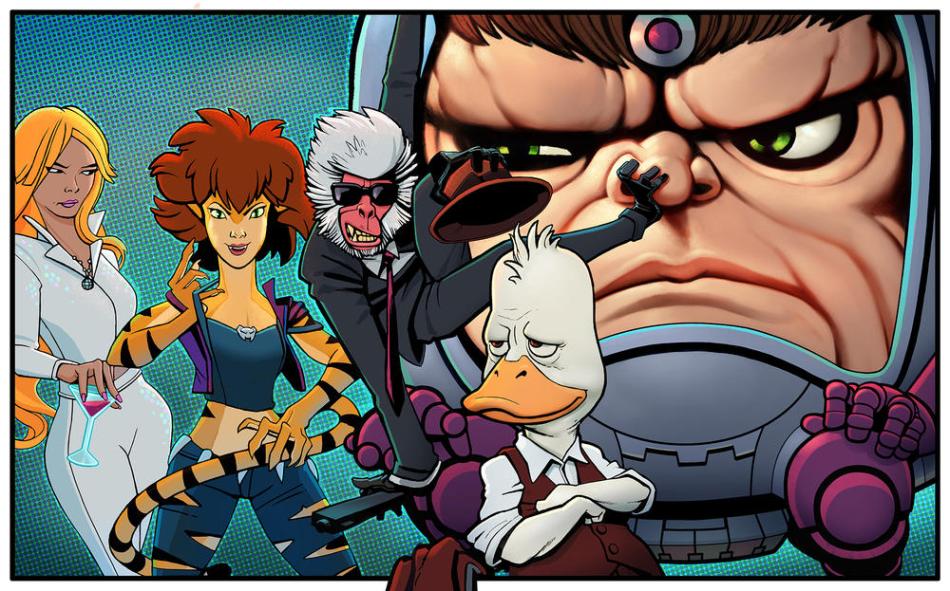 The comic book gods have blessed us with an unbelievable set of stories coming to us from Hulu and Disney/Marvel. Apparently, they were somehow convinced to let the comic book gods Patton Oswalt and Kevin Smith get a crack at creating animated shows for two of the most insane characters in the Marvel stable. In an announcement that included four new shows and an animated special, Marvel will let Oswalt and Jordan Blum make a television series based on M.O.D.O.K., a sadly tragic creature that has the biggest head you’ve ever seen. Also in the announcement, Smith gets to play with the truly insane character Howard the Duck. Fans of the MCU will remember him jumping into a post-credit scene in Guardians of the Galaxy, and then returning again in Guardians of the Galaxy Vol. 2 in a cameo role. 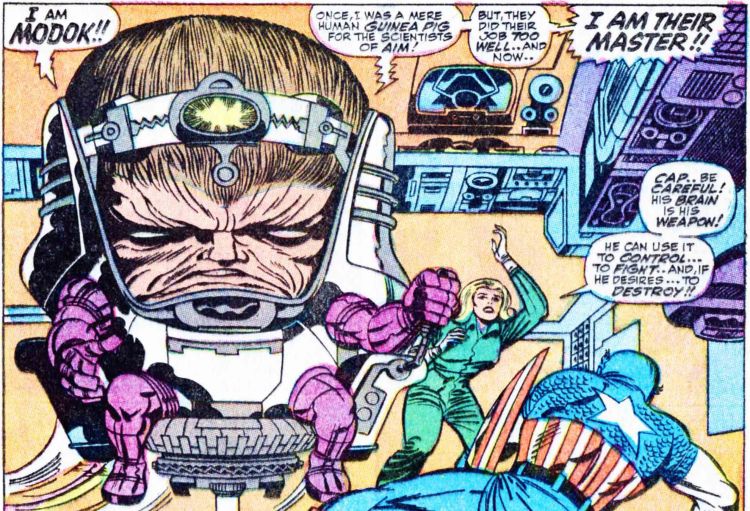 The official plot synopsis for M.O.D.O.K. can be found below:

In “Marvel’s M.O.D.O.K.,” M.O.D.O.K, an egomaniacal Super Villain with a really big head and a really little body, struggles to maintain control of his evil organization and his demanding family. “Marvel’s M.O.D.O.K.” comes from writers Jordan Blum and Patton Oswalt, with Blum, Oswalt and Jeph Loeb serving as Executive Producers. 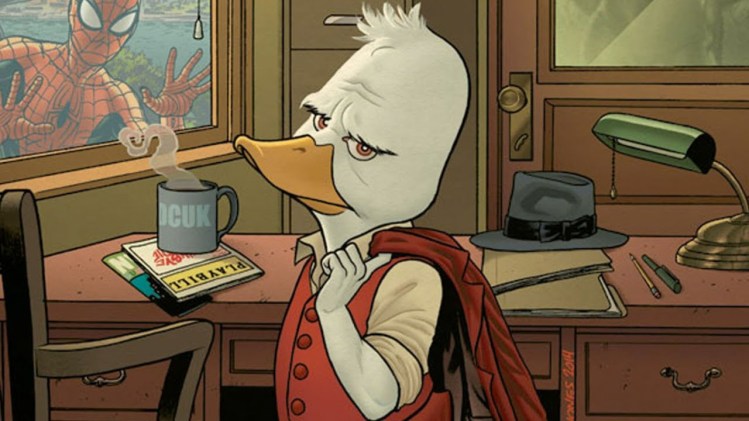 You can also find the synopsis for Howard the Duck here:

My. God. The clear winner of the day is M.O.D.O.K., a big-headed character confined to a chair. Most people have never seen the character in any real setting, and frankly, with good reason. This creature’s name is technically Mental Organism Designed Only for Killing, but M.O.D.O.K. is way more fun to say out loud. He is evil and egomaniacal, as well as a sworn enemy of Captain America. Oswalt might be the perfect writer to understand this character. He has always been able to bring out heart for creatures and characters that others would overlook. This also will not be Oswalt’s first run-in with the MCU in some fashion, after having portrayed a litany of clones/cousins/LMDs in Marvel’s Agents of SHIELD.

The news about the new stories and adventures of Howard the Duck cannot be ignored either. Smith knows how to tap into the slacker mindset, and again, find unique gems in that world. Now, he gets to do it with a character who might have starred in a renowned failure of a film. Smith has no expectations going into this, and can essentially revive the character in the process. 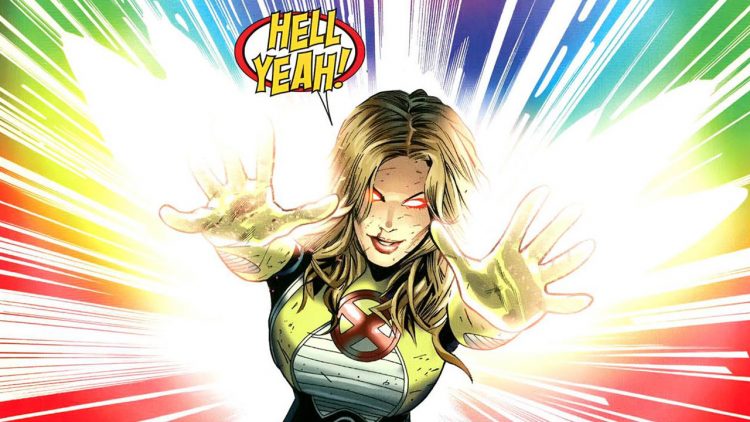 Two other shows and a special were also announced. One of these shows will be Marvel’s Tigra & Dazzler Show, which also has some star power behind it. Chelsea Handler will write the show with Erica Rivinoja and the two will also serve as executive producers.

Meanwhile, another bizarre character, Hit-Monkey will make his way into his own show.

“Marvel’s Hit Monkey” tells the tale of a wronged Japanese snow monkey, mentored by the ghost of an American assassin, as he cuts a wide swath through the Tokyo underworld in this darkly cinematic and brutally funny revenge saga. “Marvel’s Hit Monkey” comes from writers Josh Gordon and Will Speck, with Gordon, Speck and Jeph Loeb serving as Executive Producers.

The group of characters are set to co-star in a massive team-up special for Hulu as well. The title of the team-up will be “The Offenders.” They also tease the potential for another character to join in the festivities as well.

“A giant head. A monkey. A tiger lady and a disco queen. And the duck. Brought together because no one else could but Marvel Television on Hulu. M.O.D.O.K., Hit Monkey, Tigra & Dazzler and Howard the Duck will form a team no one asked for — The Offenders (and wait until you see who the Team Leader is!)!

This announcement was like mana from heaven. Perhaps the most absurd characters ever assembled in the MCU, “The Offenders” makes for a perfect group to find their way to TV. Each of the characters has their own devout fanbase, and frankly, none of them really make sense for the greater MCU. It really doesn’t matter how long this group of characters actually interacts. The point is, they finally exist and proves that there is an audience for anything in this brave new world of streaming content. I literally could not be happier about a new group of shows.

Check out more superhero news from We Bought a Blog here!