For the Boston Celtics, the 2018-2019 season should have been a breeze. They returned two All-Stars to a team that just made the Eastern Conference Finals. The man who stood in their way, LeBron James, packed his bags for sunny California. Jayson Tatum was primed for another strong season, while Jalen Brown could emerge as a dominant 2 guard. What could go wrong?

The was apparently everything. After Kyrie Irving told season ticket holders he would resign with the Celtics, many in the NBA believe he will bolt at the end of the season. A team that entered the season with a 58.5 win over/under currently sits at 37 wins. To get the over, they’ll have to go 22-2 to close out the season. Meanwhile, players can’t seem to stop sniping at each other in the press. However, there is a savior in their midst, even if many of Celtics nation have written him off. Gordon Hayward, one of the aforementioned All-Stars, might be able to save their season as the ultimate ball handling sixth man. 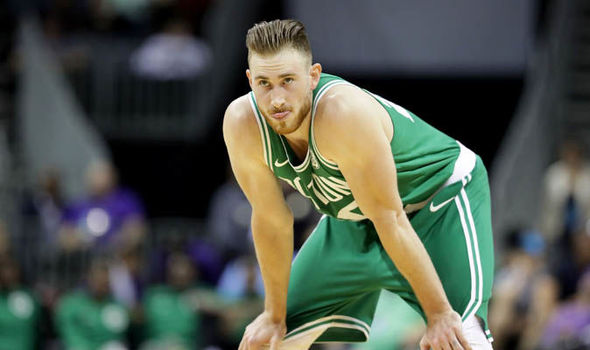 To recap Hayward’s long season, the wing’s past twenty months have not been what was promised. Hayward signed a max deal with the Celtics in July of 2017. He seemed like he could be a missing piece for the franchise. Combined with Al Horford and Irving, the trio made a legitimate big three for Boston. Meanwhile, the young draft picks like Brown, Tatum, and Terry Rozier could develop under the tutelage of the stars. It also reunited Hayward with his former Butler coach with Brad Stevens. Then everything went wrong when Hayward went up for a pass five minutes into the first game of year. He dislocated his left ankle and fractured his tibia. It remains one of the most gruesome injuries I’ve ever seen.

After missing the entire season, Hayward returned this year with hopes and expectations through the roof. However, he hasn’t lived up to the max contract he was given. So far this year, he’s posted 11.2 PPG, shooting 43.8% from the field and 33.7% from three. The numbers looking strikingly similar to his sophomore season in the league, and he was dropped from the starting lineup.

With so much talent on board, it’s not really that surprising that the Celtics couldn’t wait on Hayward to regain his confidence. Brown, Tatum, and Morris need minutes, and Hayward wasn’t cutting it. This season would be written off as a waste by many other players. However, just before the Celtics went to the All-Star break, something happened. Hayward regained his form as a ball-handling wing. 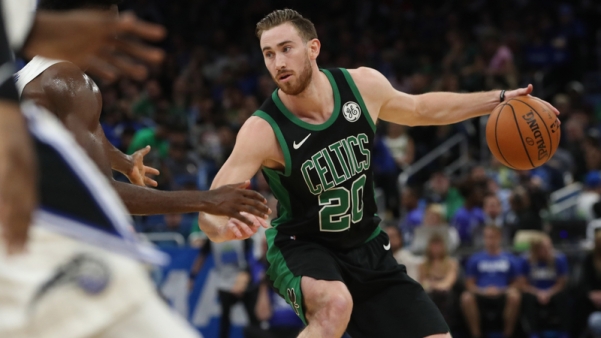 As the Celtics moved towards the All-Star break, Irving and Rozier both got held out of a few games. During that span, Hayward stepped up, turning into a 17 PPG player who also grabbed 5.2 rebounds and 4.8 assists. He was +9 on the floor over that stretch and started getting an extra free throw per game. His peak came against the 76ers, where he went off for 26 points on 8 of 11 shooting.

Meanwhile, he also began contributing more on defense, showcasing that his effort also stepped up. Over the stretch, he was second on the team in Defensive Win Shares, only trailing Semi Ojeleye. He was never far from being one of the Celtics best defenders, but this certainly bodes well.

Here’s the most exciting thing for Hayward. His usage only went up .5%, from his season average of 18.3% to 18.8%. That means that he’s becoming more efficient, instead of just adding more touches. He was third in usage on the roster over that span among players who played at least 100 minutes. Again, it’s a small sample, but it bodes exceptionally well for him.

What should make the Celtics fans particularly excited was his game against Detroit. In the game, the Celtics were down both Irving and Rozier. To fix the issue, Stevens made Hayward the primary ball handler. Suddenly, things clicked into place for Hayward. He had 8 assists on the night on 5 of 8 shooting. Additionally, he got to the line 8 times, not a season high, but close. He was more dynamic working as the primary ball handler, and this opens up an important discussion for how to use Hayward moving forward.

Right now, BasketballReference.com estimates that Hayward has been playing the 4 about 62% of the time. He’s a stretch 4, but with the injury to his ankle, it might be time to have him step back a little. Potentially the best way to utilize him moving forward would be as a 2 guard. Stagger the minutes with Kyrie, and rather than give Rozier ball-handling duties, let Hayward have a go at it. Turn him into the point forward that was promised when he signed with the Celtics. He clearly has the vision and is fourth on the team in assists. Unleash the man, and let him go to work.

The other thing the Celtics gets from this move is the assurance of two ball handlers on the court at all times. Rolling out combinations of Hayward, Irving, Smart, Rozier, and Brown if needed will do them good. It also continues to showcase positional flexibility within the roster. Perhaps most importantly of all, it should take some physical strain off of Hayward. While writing this story, Hayward picked up a twisted right ankle that could sideline him a few days. To have him get hurt like this wastes their window. 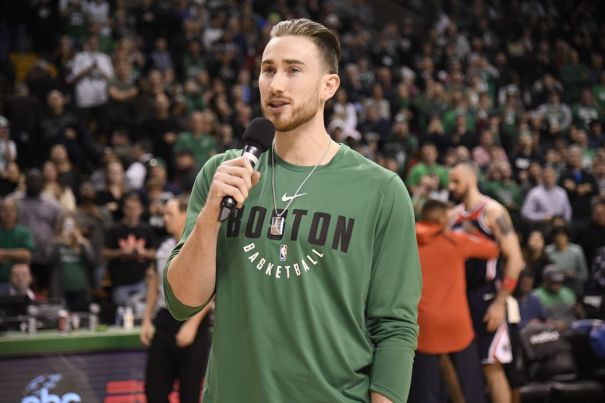 Gordon Hayward has been a valuable piece for this team all year. Very quietly, his on/off numbers for the Celtics are among the best of his career. When he’s on the court, the Celtics are better a positive 4.4 points, and while he’s gone, they’re worse by 4.7. This is only the second time in his career his on court has been that high. As Hayward enters his prime, it would be a shame to ignore the overall impact he has on this team.

While the window for the Celtics may feel like it just opened, this whole thing could close in a flash. If Hayward continues to play the way he did heading into the All-Star break, the Celtics stand a real chance to make the finals. More importantly, after the injury, Hayward deserves to be the best player he can become. If that means he becomes a point forward, then all the better.

What do you think of the Gordon Hayward return? Let us hear your thoughts in the comments below!