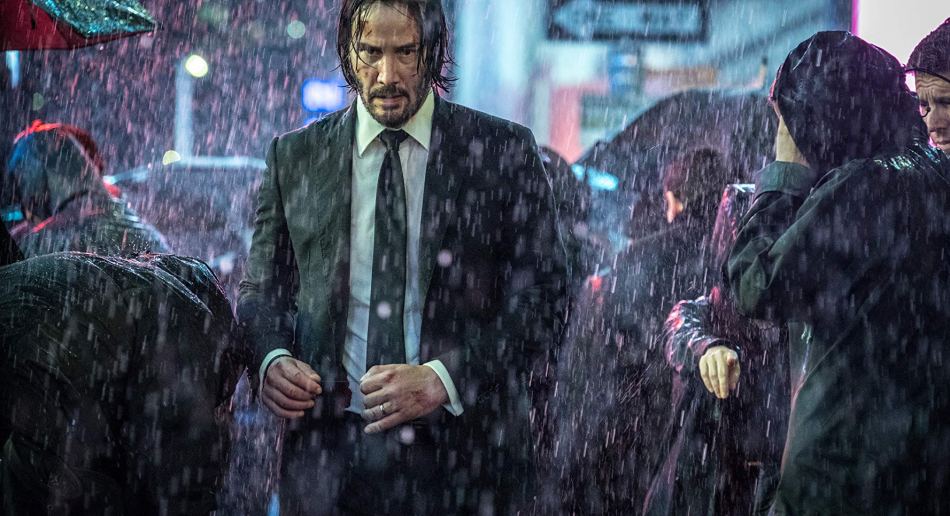 The John Wick films have felt like an oasis in the desert of action films over the past decade. Other than The Fast and the Furious and Mad Max: Fury Road, the genre has been mostly defined by sci-fi or superhero films. The Raid films never quite drew the attention they deserved, yet warranted at every step. When Keanu Reeves stepped into the limelight with another career revival thanks to the story of a man murdering gangsters for killing his dog, we were blessed with a new franchise. While the third film in the franchise fails to live up to the incredible precedent set by the first two, there’s plenty of reason to love the latest adventure of our favorite contract killer. 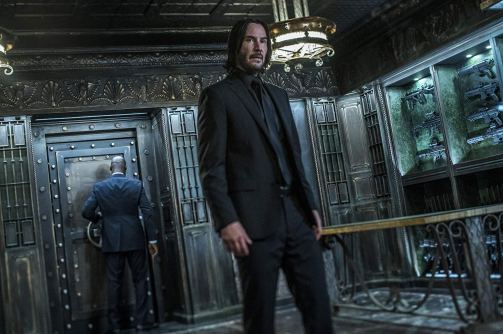 John Wick: Chapter 3 – Parabellum picks up immediately after John Wick: Chapter 2. John runs through the streets with his new dog, Dog, after hearing the will be Excommunicado from the High Table’s Continental within an hour. John sends his dog to safety and goes to collect items he needs to survive. He is soon launched on a globe-trotting adventure with some of the most violent fight sequences in movie history. 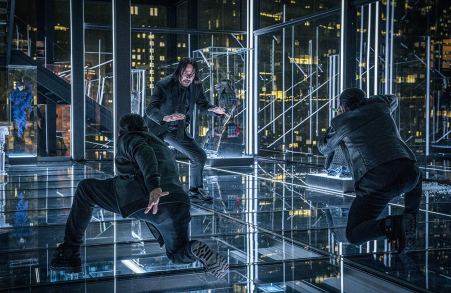 The first two films built part of their legacy on the sheer ridiculous nature of their action, and Chapter 3 does not disappoint. Reeves proves up to the task of fighting all kinds of foes, whether they be ninjas, contract killers, or backup NBA centers. His body count reaches new heights thanks to prolonged shootouts and car/motorcycle/horse chases. The sheer variety in the types of action fight sequences we get is nothing to scoff at. The use of animals, including horses and dogs, as part of action set pieces only adds to the thrill. Director Chad Stahelski gets the most out of his performers, even the 7’3″ NBA player Boban Marjanovic, who towers over Reeves while the two fight in a library. Trust me, the action is thrilling, but when we’re out of these sequences, Chapter 3 can feel a bit bloated. 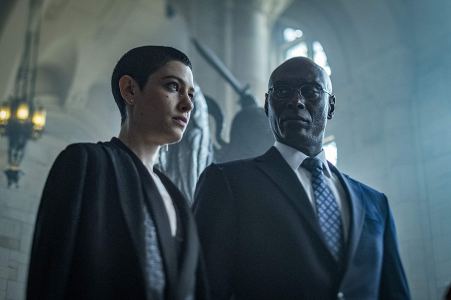 This time, John must deal with the consequences of his actions. The Excommunicado reverberates throughout the underground world John frequents. The introduction of new characters, such as Anjelica Huston’s The Director, Asia Kate Dillon’s The Adjudicator and Halle Berry’s Sofia continue to build the world in cool directions. Each adds considerably to the cast, with Dillon standing out amongst the group. They are chilling when paired against Laurence Fishburn or Ian McShane. To go toe-to-toe with those actors and come out as the most charismatic performer, Dillon confirms their talent goes beyond a one-off role in Billions. Expanding the surprisingly dense world of the John Wick films should remain a priority because this often results in great side characters and fun moments. 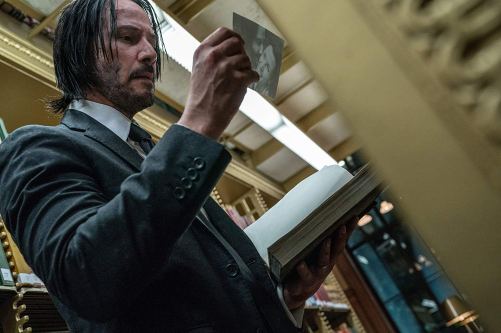 However, the pacing of these scenes feels off. Chapter 3 is nearly thirty minutes longer than the original, and eight minutes longer than the previous entry. Clocking in at 130 minutes, it’s fair to say there were scenes that could have been cut or paired down to help the momentum of the film at times. Considering where the film begins, versus where it ends, surprisingly little development of the overall story takes place. In that sense, this one feels like an incomplete movie at times, but it remains a fascinating take on a Buster Keaton-esque action adventure. 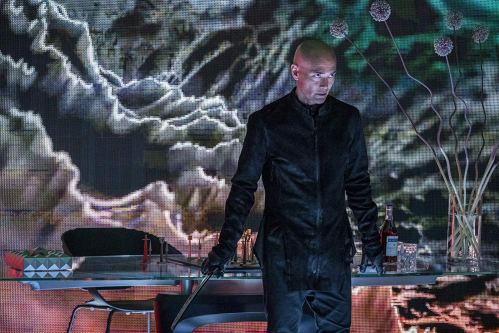 Perhaps the performer who will get the biggest boost out of the movie will be Mark Dacascos, who almost steals the whole film from Reeves. The B-movie actor of the 1990s and famed Iron Chef personalist is absolute gold in the role of Zero. Dacascos is a master of various martial arts and shows off those ability time and time again. To literally introduce Zero with a food sequence, and then reorient the audience’s perspective of the pop culture figure over the course of the film is rather brilliant. Dacascos has never received his due in American culture for his role in the martial arts film of the 1990s. Now, he gets his time in the spotlight. He charms cracks incredible jokes, and easily owns every scene he’s on screen. It’s a legitimately nomination-worthy performance from Dacascos. 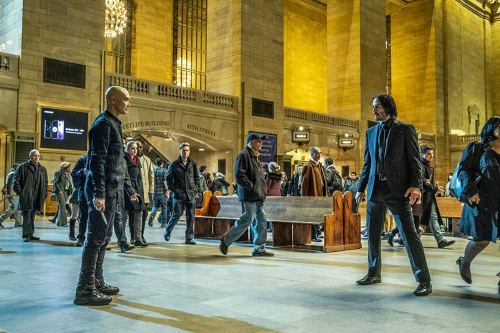 For audiences who are on board fun a fun action piece, John Wick: Chapter 3 – Parabellum will do its job. For those wanting more world building or a strong story, it falls a bit short. Ultimately, Parabellum feels like a placeholder or throat clearing before the actual last piece of the story. With a John Wick: Chapter 4 already announced, this is not altogether surprising. We may also get spinoffs, especially with a show based on The Continental already in production. This universe is going to expand, and with Keanu at the center of it all, there’s a lot to still love.

What do you think of “John Wick: Chapter 3 – Parabellum?” Let us hear your thoughts in the comments below!

Check out more of our movie review and pieces here.

0 comments on “Review: ‘John Wick: Chapter 3 – Parabellum’ Ups the Gore and Violence In Lieu of Story”