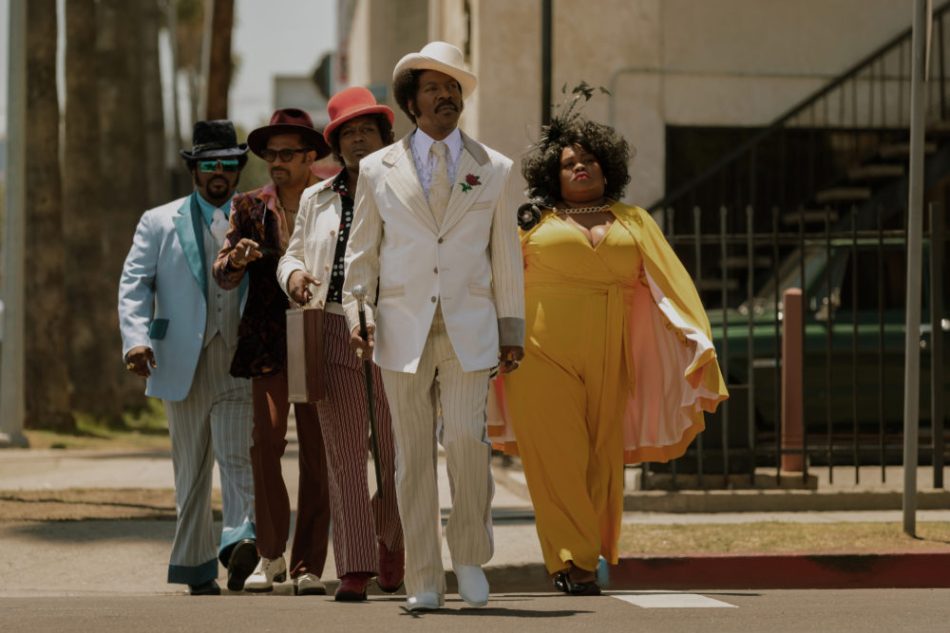 It might be hard for younger audience members to seperate Eddie Murphy from his vocal roles in Shrek and Mulan, but for a moment in the 1980s was the definitive performer in the world. Combining the zaniness of Pryor with the likability of Wilder, Murphy emerged as a never before seen talent. Coming to America cemented itself as one of the top films of the decade, while Trading Places showed he could even enhance the cast around him. Its no wonder why Murphy became the shining star of his generation, but for years now he’s been away from the industry. 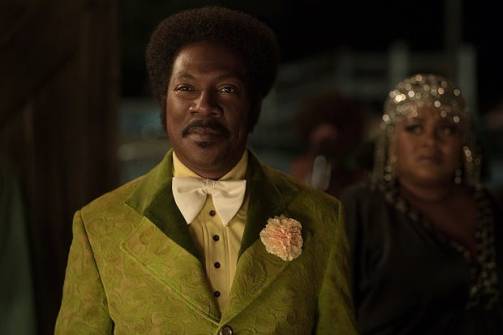 Absence certainly makes the heart go strong, and Murphy’s reemergence with Dolemite Is My Name should quickly remind you why we fell in love with him in the first place. Directed by Craig Brewer (Hustle & Flow) and written by Scott Alexander and Larry Karaszewski (Ed Wood), a perfect storm of artistry and talent makes Dolemite one of the most enjoyable films of the year. For Murphy, it means so much more, reasserting his power and talent to a new generation.

Dolemite Is My Name follows the life story of Rudy Ray Moore (Murphy). The comedian and entertainer struggled to break through in any meaningful way until he adopted the persona of Dolemite. The character itself drew from oral storytelling traditions, but in Moore’s hands, it became a foul-mouthed but hilarious figure within the underground comedy scene. After years of getting knocked around, Moore chooses to capitalize on the character he’s created by bringing Dolemite to the big screen. The film he created, 1975’s Dolemite, would become one of the legendary Blaxploitation films. 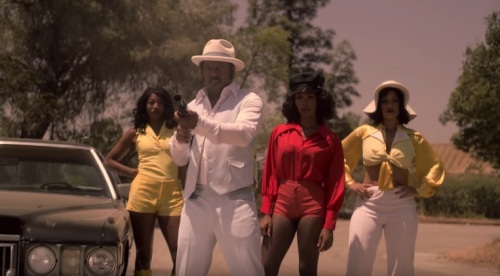 Murphy shows hunger and desire throughout the film, but also brings out a darker side to comedy. As comedians pass on or leave the world, we often hear stories about the need to entertain or laugh. That drive and passion come through for Murphy, and it’s hard to divorce the actor from the real-life inspiration for the film. Both became mainstays in American comedy for their profanity-laden storytelling, but at the same time, each brilliantly wove layers of commentary into the work. Hearing Murphy brings these classic comedy bits to life brings an energy to the screen that we’ve missed. Beyond that, he communicates so effectively through his eyes and facial expressions, that you cannot help but bond to Moore. He represents the dreamer in all of us, and Murphy perfectly captures Moore’s persona for the big screen. 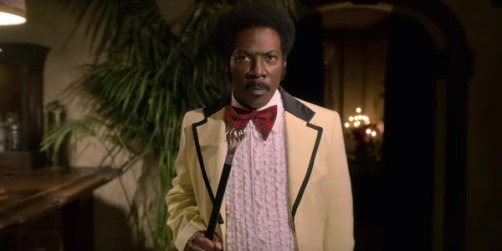 What makes Dolemite better than many films of its ilk is the writing from Alexander & Karaszewski. The screenwriting duo behind Ed Wood and The People Vs. O.J. Simpson knows that stories like Moore’s should rarely be focused on a singular person. Yes, Moore (and Murphy) create a gravitational pull to their exploits. But it’s those that get sucked into the story that enriches the texture of the film. Dolemite becomes a story about family, even as it champions its lead character. Having the ability to cheer for a group of people almost gives Dolemite a heist-vibe, and all you want to see are these people succeed. 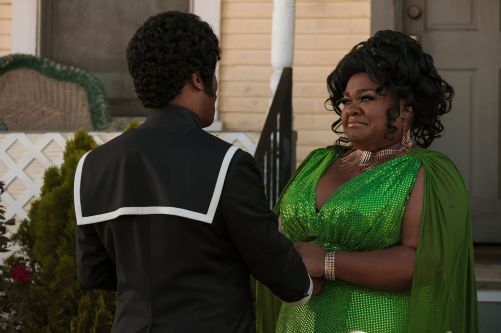 Undeniably anchoring this supporting cast is Da’Vine Joy Randolph, who instantly establishes herself as a star. Playing off Murphy and accepting her own zany character within the character, Randolph pulls your attention from the rest of the film. She’s funny and charming in ways we rarely see, and the role’s heart makes it an ideal foil for Moore. The stellar ensemble also includes Keegan Michael-Key, Titus Burgess, Craig Robinson, and Mike Epps. Everyone gets their moments, but each works best within the greater context of the film. 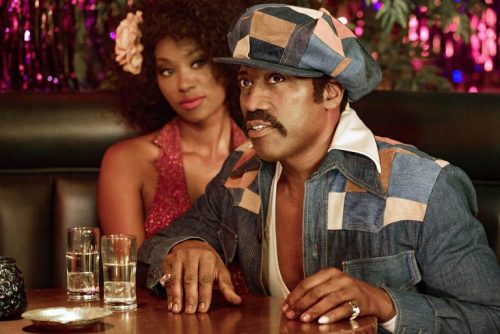 Wesley Snipes reemerges as the iconic actor that we grew to love him for. Instantly rekindling his movie-star persona, Snipes embodies the eccentric D’Urville Martin. The weird tics that Snipes adds to the character makes him all the more compelling. There’s a heart in what Snipes reaches for as an artist looking for recognition, but his solo approach creates an obvious message at the heart of the film. You cannot do this alone.

The all-star support doesn’t end in front of the camera. Ruth E. Carter, last year’s Costume winner for Black Panther, creates visually lush and dynamic looks. The characters feel at home in the era, and the recreation of the film’s costumes only further adds to the skill on display. Clay A. Griffith and the set design team lavishly recreate the sets and hotel that Moore lived in during the production of the film. The makeup team nails the hairstyles and looks of each character, fitting each of the actors with A-plus looks. 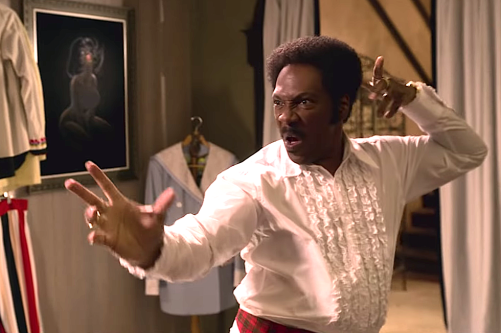 Dolemite Is My Name functions as a love letter to an era in cinema history, and to the joys of teamwork. Alexander & Karaszewski wisely used their clout to get a passion project made. To make Murphy the subject of that passion project cannot be underemphasized. Murphy’s return to the big screen was long overdue. For the holidays, there are few films that better understand the importance of family and being together than this one.

What did you think of Dolemite Is My Name? Can Eddie Murphy break into the Oscar hunt? Let us know in the comments below!

1 comment on “Review: ‘Dolemite Is My Name’ Showcases the Brilliant Side of Eddie Murphy”