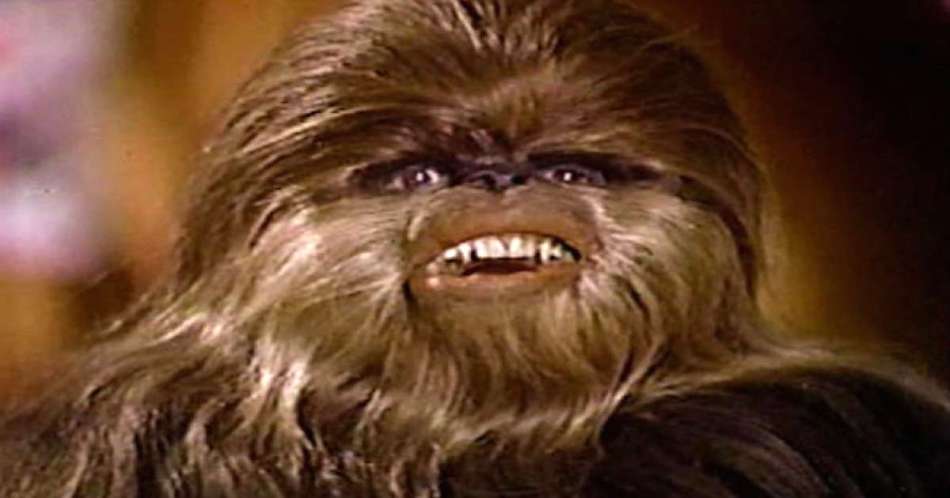 Roaming the rows of a convention, you find the weirdest things. At a horror convention in 2014, I wandered off from my wife as she paid for commissions we picked up from a local artist. I perused the Star Wars section of DVDs, mostly filled with the Special Edition series. Suddenly, a salesman approached me with a weird little cookie tin full of DVDs. He asked if I was a Star Wars fan, not taking the copy of Empire Strikes Back in my hands as enough of a clue while opening the tin. What I found in the tin was a piece of content legend for me. A long lost special that you could find if you knew the right people, The Star Wars Christmas Special was on full display (in a case with a Microsoft Paint created liner).

For those unaware, in 1978 George Lucas talked the entire cast of the original film to appear in a special for CBS. While he worked on the construction of future films, Lucas gave his blessing for the network to pursue a television spinoff. His only stipulation was that it should concern Chewbacca (Peter Mayhew) and his Wookie family. From there, CBS hired a bevy of TV variety show writers, including Bruce Vilanch to construct the special. A mixture of live-action setups, non-verbal (but Wookie roaring) sequences, and even a dash of animation, The Star Wars Christmas Special remains the single worst piece of produced television in history.

The actual plot of the feature begins with Chewie telling Han he must return to the Wookie planet of Kashyyyk for Life Day. On Kashyyyk, Chewie’s wife Malla (Mickey Morton), father Itchy (Paul Gale) and son Lumpy (Patty Malone) await his return but grow anxious. When the Empire shows up on their doorstep, the family finds ways to keep their mind off the danger they’ve been dragged into by playing games, watching music videos, and even watching animated adventures of their beloved Chewie.

The descent into madness began as soon as I returned home. I sprang through the door (much to the chagrin of my dogs) and immediately put the burned copy of the DVD into my Blu-Ray player. My wife moved on with her life, instead choosing to not waste the next two hours of her life, and let me watch my treasured prize. From the moment I watched Harrison Ford’s half-hearted acknowledgment of the camera in the opening credits, it was clear this was a trainwreck of epic proportions.

Many of the questions I will ask God when to get to the pearly gates will concern this special. Namely, why did the people who made this special possibly believe why the first fifteen minutes should be entirely spoken in Wookie with no subtitles? It’s a question that haunts me to this day. The character design for the Wookie family crosses into absurdity from the word go. Every one of these costumes belongs in Times Square instead of in this show.

The show gets weirder and weirder as the family performs household chores. The Empire shows up to violate the 3rd Amendment of the US Constitution, but we’re already off the rails. We’ve already watched a dance routine on a chessboard, a galactic cooking show (featuring Harvey Korman), and Art Carney loses his mind as a prop comedian. Keep in mind, Carney literally just won his Oscar four years earlier. Diane Carroll plays a hologram. Jefferson Starship appears in a music video. Its pure madness in a way that only a cocktail of acid and cocaine could create.

A cavalcade of the original stars arrive, each looking progressively more miserable. Mark Hamill and Carrie Fisher legitimately look like they’re on drugs. Ford could not care less about the camera pointing at him. Bee Arthur comes in and cracks wise from the Catina in Mos Eisley. She then ends her segment with a Jazzy “Closing Time” that blends in the Catina theme from A New Hope. Luckily, everyone shows up and saves the day, allowing Chewie to enjoy the day with his family.

On a different level, The Star Wars Christmas Special actually functions as an important launching pad for future Star Wars ideas. Boba Fett makes his first appearence. Not only that, he actually rides a dinosaur. The special also marked the first time that James Earl Jones actually received credit for his villain defining vocal performance. Even the concept of Life Day transcends this special, recently popping up in The Mandalorian. The kernel of an idea was somewhere in this special but the resulting special should have destroyed this franchise. 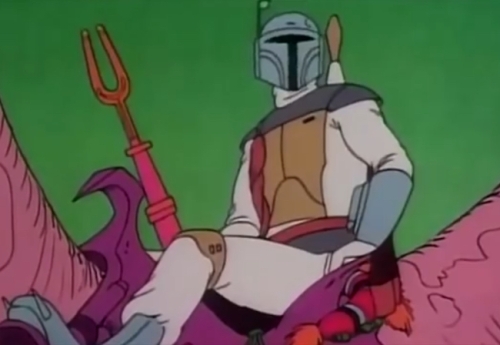 After finishing the journey, I wasted two hours of my life in the service of being a completionist. Its a mistake I feel certain I will never make again, at least until we get Jon Snow’s Christmas Extravaganza. Each moment of this special is somehow worse than the one that comes before it. This will be the longest two hours you ever spend watching anything. Despite all these warnings, I must tell you to watch this at all costs by any means necessary.

Yes, watch it because Disney and LucasFilm would rather this go the way of Song of the South than The Mandalorian, but failures of this magnitude need to be lifted up to the sky as evidence of our frailty. We make mistakes, but its how we recover from those mistakes that define us. Star Wars, the most popular franchise in the world, could have destroyed everything with the release of this special. Instead, Lucas would help craft a defining piece of pop culture history and the best film in the franchise. Thank god some of these ideas were burned off in this special. So make your failures brutal and public. Just remember, when you’ve got millions of dollars, you can make those failures almost disappear. Until then, you will curse god for this show’s mere existence.

What did you think of The Star Wars Christmas Special? Let us know in the comments below! Check out the other Star War rankings here!

3 comments on “BONUS: ‘The Star Wars Christmas Special’ Will Give You the Opportunity to See the Eyes of God (In the Worst Ways)”