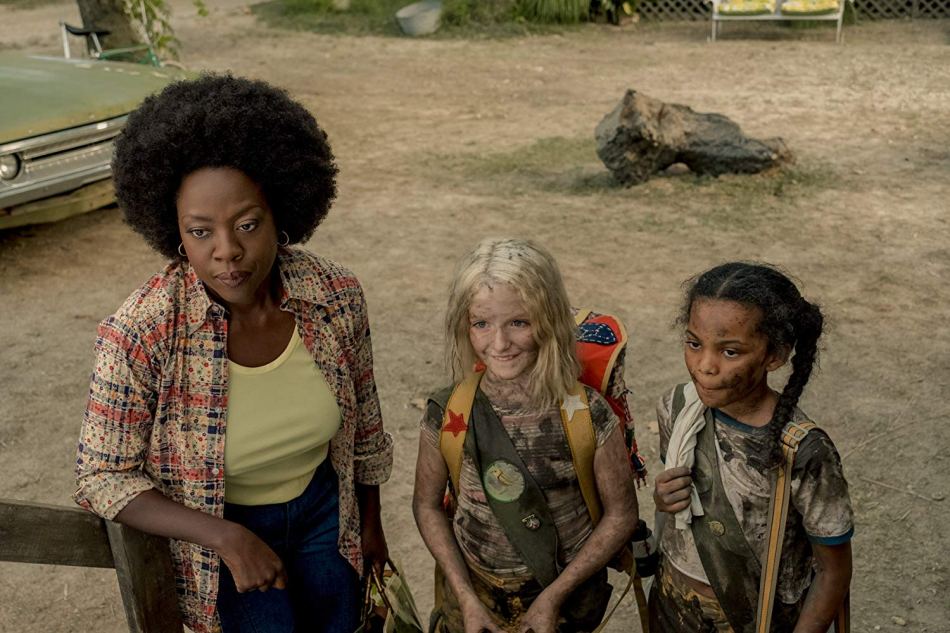 Crafting a unique coming of age story in the 2020s will be a difficult task for any storyteller. The last decade featured dozens of unique stories featuring young adults finding their way in the world. Even many of our greatest filmmakers took up the challenge, with Barry Jenkins, Greta Gerwig, and Wes Anderson each telling resonate stories. Directors Bert & Bertie bring their own unique story to Amazon Prime with Troop Zero. Supported by another great performance from Mckenna Grace, Troop Zero delivers as a feel-good indie film to kick off the new decade.

In 1977, the young Christmas Flint (Grace) dreams of a world outside of her Georgia town. Her relationship with her father (Jim Gaffigan) has not been the same since her mother passed away. When she discovers that she can earn a spot on NASA’s Golden Record by winning a Birdie Scout talent show, she recruits her friend Miss Raylen (Viola Davis) to lead a new troop. Christmas and her new ragtag group of friends face obstacles, including Miss Massey (Allison Janney) but find friendship in their journey.

Bert & Bertie push a fun aesthetic throughout the film, playing into the period setting of the 1970s. Troop Zero benefits from the specificity of its time and place, especially considering its outsider narrative. Grace delivers a very subtle and powerful performance as a girl yearning for connection. At every turn, she believes she’s alone. Grace makes it clear that Christmas knows she’s odds, seemingly at peace with the fact she’ll never have friends. Simultaneously determined to leave her mark on the world, yet pessimistic enough to be a loner, Grace walks the tightrope with ease. While few young actresses deliver performances like this one, Grace continues to build on her impressive resumé.

Two of our most recent Supporting Actress Oscar winners bring much-needed energy to Troop Zero. Reuniting for the first time since The Help, Davis and Janney bring their usual professionalism to the role. Neither phones it in, a huge help in any independent dramedy. Davis gets the most opportunities to shine, providing the film a three-dimensional character who’s apathy fights with her subtle optimism. She might feel trapped, but there’s hope simmering inside of her. Juxtaposed against the strict Janney, Davis thrives as a woman looking to lead despite the obstacles in her way. While Janney could have hit her marks in her sleep, you can feel she’s engaged with the material. The two create a formidable foundation, even if their character’s histories become subtext within Christmas’ story.

The biggest knock on Troop Zero comes from its fairly formulaic plot. In the model of many Sundance films (Troop Zero premiered at the festival in 2019), a group of outcasts comes together to achieve a goal. However, there’s clear heart and love at the center of Troop Zero that allows it to transcend its narrative. Bert & Bertie make sure that each girl (and boy) get their moment, and they pepper in comedy throughout. Troop Zero becomes a wonderfully fun and uplifting film, and that’s okay. These characters get enough texture and heartwarming moments to justify the retread. Frankly, I would love to see prequels about this town and learn more about what happens to the girls. The bonds created in the screenplay by Lucy Alibar create an authentic, and heart-driven film.

While Troop Zero does not seek to reinvent the wheel, it makes for an excellent early showcase in 2020. With Grace, Davis, and Janney, the film builds on an excellent foundation of talent. It should become one of the early favorites of 2020 that could earn a cult following in time. Enjoy the funny and uplifting story that earns a place in your heart.

What did you think of Troop Zero? Let us know in the comments below! Watch it right now on Amazon Prime!

0 comments on “Review: ‘Troop Zero’ Delivers Our First Fun Coming of Age Film of the 2020s”