Few directors come out of the gate with a definitive voice and style. For Kelly Reichardt, her meditative and stripped-down approach to filmmaking peeks through the corners of her debut. River of Grass debuted at the 1994 Sundance film festival, where it competed in competition. While the film received considerable praise, it would not find its way to theaters until the Fall of 1995. Reichardt grew up in Miami, allowing her to capitalize on familiarity with the area. River of Grass announces the arrival of a master, one that was only held back by an unwillingness of Hollywood to embrace her vision.

River of Grass follows a Cozy (Lisa Bowman) as she attempts to have a night away from her family. Cozy feels little connection to her own children. When a dangerous man named Lee (Larry Fessenden) buys her a drink, she begins to enjoy her first night in years. However, while drunkenly sneaking into someone’s pool, they fire a gun into the dark. Believing they’ve killed someone, the two go on the run. 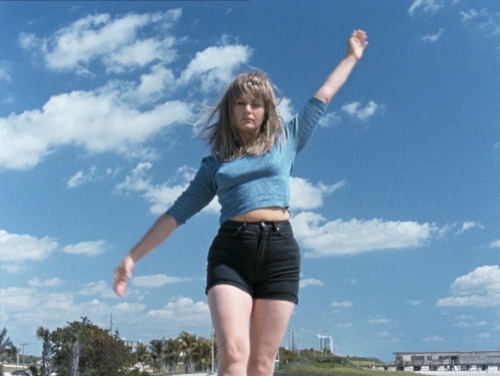 Reichardt’s eye for the Miami area quickly becomes apparent. The glorious cinematography combines the endless fields of swamp and grassland that make up the non-urban locations of South Florida. The state is often depicted as endless beaches and palm trees, but Reichardt taps into the wilderness that makes the state a wild setting for any film. The film draws its name from the undeveloped grasslands that populate the Everglades, but endless wetlands extend far beyond the area traditionally associated with the National Park.

Reichardt brews an atmosphere that matches the oppressive heat and environment on screen. She juxtaposes extreme sequences of development, such as an endless entanglement of highways, with a metal car in the grass. There are few points in the film where Reichardt lets the scene play without acknowledging the setting in a passing way. She even captures a look at the disenfranchised and poor of South Florida, bouncing between trailer parks and low-income housing. Shot with a 16mm camera, the gritty shot composition imbues the film with a timeless, almost 1970s home-movie quality. 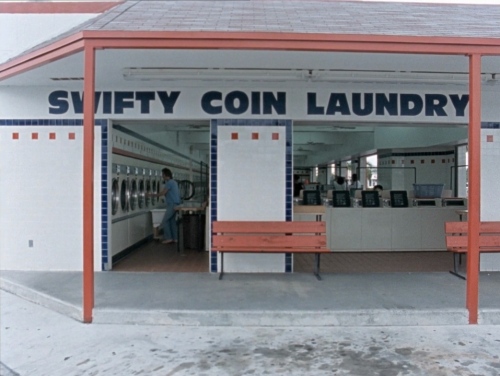 The crime elements of River of Grass certainly deserve more credit than most give it. Reichardt’s film is more meditative than other genre films of the era, but her characters continue to make bad decisions without fail. Cozy and Lee fit into the mold of lovers on the run, but without funds, ideas, or a clear path forward. However, the languid pacing forces the characters to live with themselves and their actions. This allows time for character development that is not present in other crime films of the era.

Far from the slick, over-stylized dialogue of Tarantino or Ritchie, there’s an emotional cadence to Reichardt’s work that rings with authenticity.  Reichardt combines excellent camera work and deliberate pacing to create a lackadaisical mood throughout the film, one that helps distinguish River of Grass from many others. This debut may not be perfect, but it proves a valuable starting point for the indie darling that would emerge in the next twenty years.