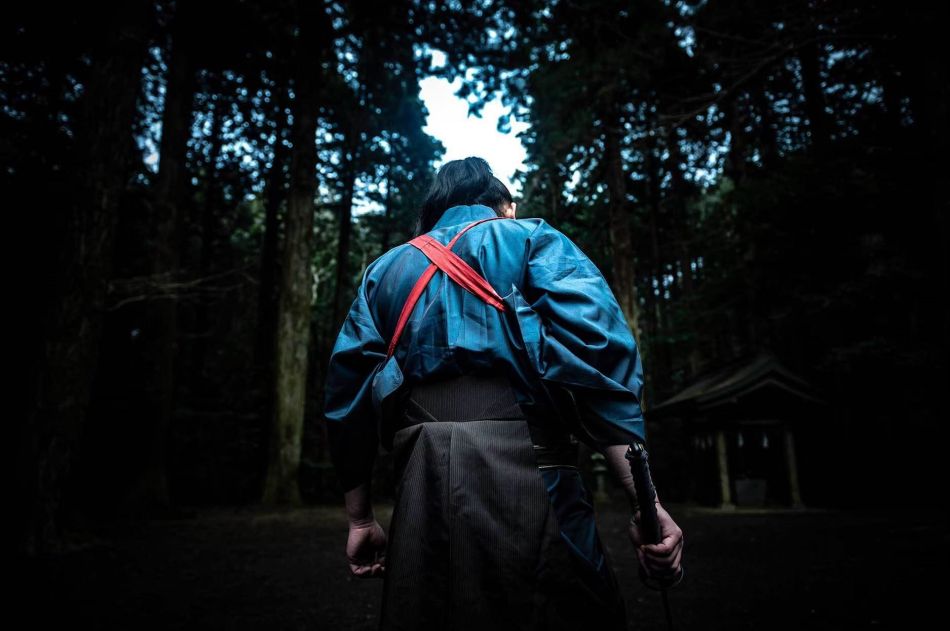 The trend of utilizing the “one-shot” gimmick has reached new heights in Hollywood. Birdman won Best Picture in 2014 and 1917 was seemingly the runner-up at last year’s Oscars. International films, such as Long Day’s Journey Into Night (2018) have crafted their own long takes. For some, the technique and showmanship of extended shots has lost its freshness. However, Fantasia Fest 2020 is home to a more interesting and exciting version of the feat. Crazy Samurai Musashi, directed by Yûji Shimomura and written by the great Sion Sono, captures a 77-minute oner that follows Musashi cutting through nearly 600 enemies. While the fight grows exhausting at times, the feat accomplished is hard to overlook.

The story for Crazy Samurai Mushasi bookends the film and delivers a bare-bones setup for the events. The Yoshioka clan is led by a young child, no more than ten, and they know Mushasi (Tak Sakaguchi) is coming for him. If Mushasi succeeds in killing the boy, the clan is all but destroyed. To fight off Japan’s most famous (and real) swordsman, the Yoshiokas have assembled an army of more than 100 samurai and 300 mercenaries. However, when several of the leaders step away from the boy, Mushasi strikes, killing the boy. Fighting through the woods and an abandoned town, the chaos begins.

The extended shot is cause for both celebration and frustration towards the film. If you’ve ever wanted to see a movie that is primarily shot from a third-person perspective, a la Assassin’s Creed or Ghosts of Tsushima, here is your film. The style works early, but it can get repetitive at times. As the soldiers seemingly attack Musashi one at a time. The choreography begins to repeat itself, with some special baddies revealing themselves as mini-boss fights for Mushasi. Crazy Samurai Mushashi suffers from being more video game than movie.

While fights struggle early on, the deeper into the film we get, the combat becomes more impressive. As a feat of sheer physical exertion and stamina, Tak becomes a rather charismatic lead. There’s a devil-may-care attitude that conveys arrogance and skill. Considering that the moments just before the extended shot are Mushasi murdering a child, this charisma wins you over to his side rather quickly. You can see the toll of the take over time, as Tak begins to slow and deteriorate physically. It’s impressive to see, and very much makes the movie stand out.

Gimmick aside, there are other flaws with the film. To create the shot, the film could not pile 500 or 600 costumed extras. Instead, the choreography is limited to 30 or 50 men at a time. This begins to lessen the effects of the carnage because the fallen have to get back up and run to the back of the layup line. You’ll notice the lack of bodies almost immediately, and in some cases, you see the fallen actor crawl around the corner and rush behind in an attempt to lose the viewer. 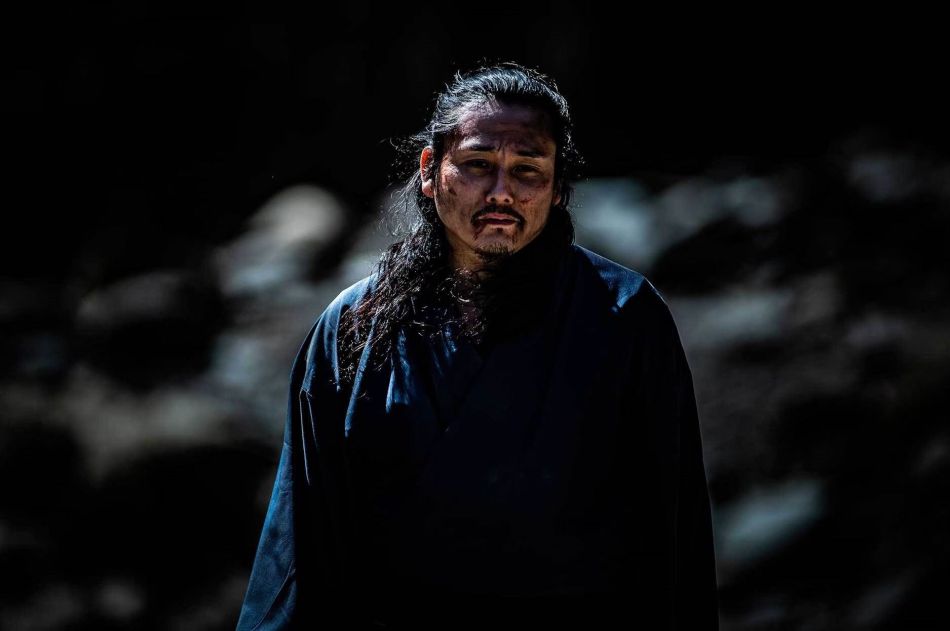 Considering the budgetary restraint, this process is not the worst idea, but the problem facing Crazy Samurai is that it lingers in the same locations too long for this to come across as authentic. While this certainly creates a flaw in the film, it also highlights the independent nature of it all. Crazy Samurai Mushashi comes across as a labor of love, and it feels like a breath of fresh air.

While Crazy Samurai Mushashi struggles to live up to its centerpiece tracking shot, it becomes a fun exercise in filmmaking. The oner will certainly become the legacy of the picture and with good reason. However, with a very little story to go on, and even less character development, Crazy Samurai Mushashi succeeds on its ambition, not as a complete film.

What do you think of Crazy Samurai Mushashi? Let us hear your thoughts below!

The 2020 Fantasia Film Festival is running virtually from August 20th through September 2nd, 2020.

All images are courtesy of the Fantasia Film Festival and the filmmakers.

0 comments on “Fantasia Fest 2020: ‘Crazy Samurai Musashi’ Slashes Past Story in Favor of an Athletic One-Shot”