Some films land at the exact moment we need them. When The Matrix released in 1999, it foretold the digital revolution. The mid-1970s saw Network, All the Presidents Men, and Star Wars upend trust in controlling institutions. 1967’s saw The Graduate and Bonnie & Clyde clash with public morals about sexuality and violence. There are lofty moments for some films, but as we attempt to find our place in 2022, our need to fight back against apathy matters now more than ever. Enter an absurdist comedy duo, The Daniels (Daniel Kwan & Daniel Scheinert), with a penchant for outlandish destruction. Their latest film, Everything Everywhere All at Once, consumes its audience like a warm embrace. The world may be scary and unsettling. We may feel like we have lost control. However, the people around us and the bonds we create matter. This connection is what makes us human.

Everything Everywhere All at Once follows the middle-aged Evelyn Wang (Michelle Yeoh). Evelyn finds herself unhappy, an immigrant small-business owner who dreams of something more. She struggles with the zany mind of her husband, Waymond (Ke Huy Quan). Her father (James Hong) criticizes her at every turn. She cannot relate to her daughter Joy (Stephanie Hsu), and their relationship frays by the interaction. Finally, an IRS agent (Jaime Lee Curtis) audits their finances. These worries melt away when Evelyn meets an alternate version of Waymond from a dimension haunted by a world-destroying entity known as Jobu Tupaki. To stop Jobu from destroying the multiverse, Evelyn must tap into the skills of her alternate selves and acquire their skills.

The Daniels serve up a smorgasbord of taste and style. They populate the world with everything they’ve loved as creators from the word go. Their unique taste and vision screech through the screen, allowing Everything Everywhere to establish its unique visual language. The slick hyperrealism and structure add to the narrative and easily differentiates worlds from each other. The cavalcades of references and homages explode into each other. The energy they create with editing and camera made me wonder if we had launched to the moon. Within ten minutes, the Daniels make a clear point: no one else in the world could have directed this movie.

Despite crafting something unique to their interests, the story quickly resonates on the note, then many more. As it builds, the Daniels tap into questions of existence and fear. They explore the road not traveled and the beauty of the ones we have. Their ethos sings throughout the film, and even in its darkest moments, they reinforce the importance of the connections we make. These are the people and the moments that define our existence.

A statement as simple as “you matter” should not resonate so thoroughly. Yet 2022 has given us plenty of reasons to assume we do not. Leaked Supreme Court documents, Anti-LGBTQ+ laws, celebrity trials, and violence in a Texas school will ricochet through society for years to come. Yet the Daniels provide a counter-argument to the overwhelming feelings drifting into our lives.

This is not a film meant to simply make you feel good. This is a film meant to inspire action. It is not merely being nice that will save the day. Their call to action may result in more kind acts, but the journey does not end there. Empathy requires people to engage with others, even those standing in opposition. With something so personal on the line, it can be easy to let the world consume us. As I have learned firsthand, it is easy to be cynical. It is much harder to care. The Daniels pack Everything Everywhere All at Once with a sickening level of sincerity, but the authenticity it wears on its sleeves will reverberate in any who choose to engage.

Beyond the siren cry of the film’s ethics, it features three of the year’s best performances. Yeoh once again captures our hearts with elegance and grace. She conquers nearly every genre in this performance, combining her experience as an action star with her unmatched abilities for physical comedy and emotional gravitas. Within seconds, she can modulate through sorrow, excitement, fear, anger, and love. Even more impressive, she does so without delivering a false note.

If Yeoh is the engine that makes Everything Everywhere All at Once run, Quan is the heart. The actor returns to the big screen for the first time in years, inspired by Yeoh’s film Crazy Rich Asians to return to acting. The former child star delivers a virtuoso performance that feels achingly honest to its core. There’s a tragedy in wondering what great performances we lost during Quan’s time away from the industry. On the other hand, Quan packs so much beauty into the role one has to wonder if he would ever have been capable of a performance so intricate without experiencing life away from the screen. Quan’s pathos floored me time and time again, but having the chops to deliver the sexual charm of Tony Leung while wearing a fanny pack is something else entirely. 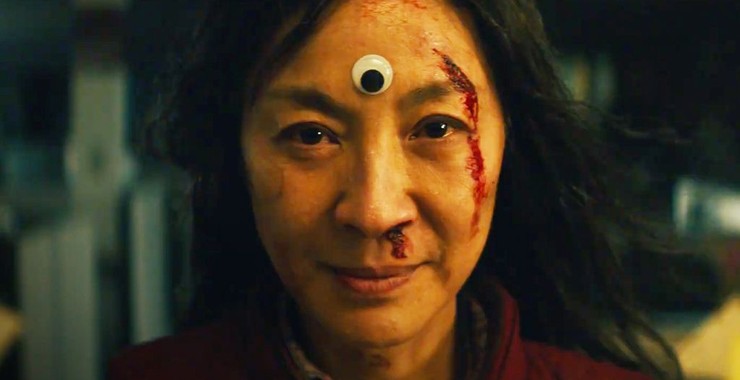 Hsu delivers a nuanced turn in response to Yeoh and Quan. She displays sublime comedic timing and lands almost every joke. The expert control of her body and elastic facial expressions help land bits, add menace, and traverse us between worlds. Like Quan, Hsu packs several emotional gut punches while creating unlimited empathy for her struggles. She serves as an integral part of the Tri-Force leading this film.

Everything Everywhere All At Once owns its creativity at every turn, resulting in some genuinely bizarre gags. However, the Daniels display a masterful control of tone to juggle every emotion. Their expert construction elevates the film on a technical level to match their intensely emotional story. As they continue to innovate and break the rules of filmmaking, the Daniels have the opportunity to become one of our most unique filmmaking duos in history. If we never get another film from them, we already hold a true masterpiece that will help define the next generation of filmmakers. 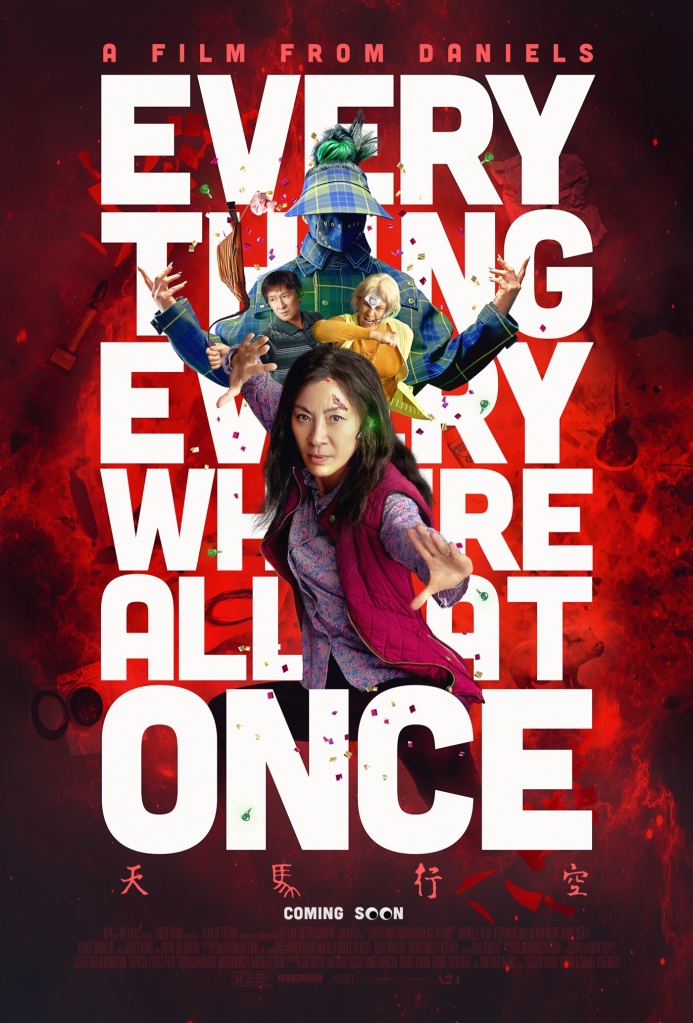 0 comments on “Review: ‘Everything Everywhere All at Once’ Reminds Us Why We Love Movies”